The life of a sommelier never stops when you are looking for small producers who express at best his territory and what his lands give to him.
One of that producer that stand out in one of my latest trip to Italy was Poderi dei Colli, owned by Giuseppe Mannocchi. A real gentleman, in love with its land and its product. His hands tell you his story of producers which stays on the field and his smile is contagious when he talks about it.
Poderi dei Colli translated means The Farm of the Hills, was born and developed since 1960.

It is a tradition of strong ties with the Marche Region, a land rich in colors and scents that only the proximity of the sea, hills, and mountains can give. The farm plunges his memory in the hills of the town of Montalto delle Marche, in the green heart of the province of Ascoli Piceno.
Marche is a beautiful region in central Italy, and very famous around the world for the Verdicchio dei Castelli di Iesi, which conquered the world in the 70’s with its iconic slim amphora bottles.
The success of the Verdicchio gave the input to many producers to express at the best the quality of the many other autocton grape varieties present in the area.
Some of the most notable are La Lacrima di Morro d’Alba, the Vernaccia Nera di Serrapetrona and the Bianchello del Metauro.

Giuseppe’s great strength lies in the careful organic cultivation as well as in the enthusiastic cultivation of those native grapes, which symbolize the great heritage of the Marche region and Piceno territory.
The Passerina vine, with it’s full-bodied, rustic and adaptable, known in this territory since ancient times and linked to the rural tradition of mulled wine, is nowadays highly valued, particularly vinified alone.
The Pecorino is another significant discovery: a vine that grounds its roots in the more genuine territory, in the close links between agriculture and sheep rearing. Confined for many years in restricted areas of high-hills and mountains close to the Sibillini Mountains, today it found favor with wine connoisseurs and lovers who appreciate the features of sour notes.
In addition to the beloved Pecorino and Passerina, stand the everlasting Trebbiano and Verdicchio. Among the red grapes, the farm shows up the character of the Montepulciano and Sangiovese, protagonists of great dark red wines such as the Rosso Conero and Rosso Piceno.
Giuseppe never stops in his work and always strives to make it better, thanks to his innovative perseverance, which reflects in both vineyard and cellar. However, his philosophy is to use the technology without effect on the natural characteristic of his wines. For this reason, he is experimenting more towards the natural wine movement and producing orange wines, so leaving the skin macerating for a long time as you would do for the production of red wine.

Offida Pecorino “Ethos” DOCG: The territory of Offida lies on the hills in between two rivers, the Tronto and the Tesino, an area of southern Marche between Ascoli Piceno and Fermo, which highly contribute to the quality of this wine due to hill altitude, which can reach 650 meters above sea level.
The DOCG was granted in 2011 and established that the Pecorino grape needs to be no less than 85% of the blend, but Giuseppe does it 100% with Pecorino grape.
The color is a straw golden yellow with a green hue. The nose is intense on hawthorn blossom, aromatic herbs, and yellow fruit. The palate is full, round with white fruit characteristic, high acidity and stone minerality at the end. 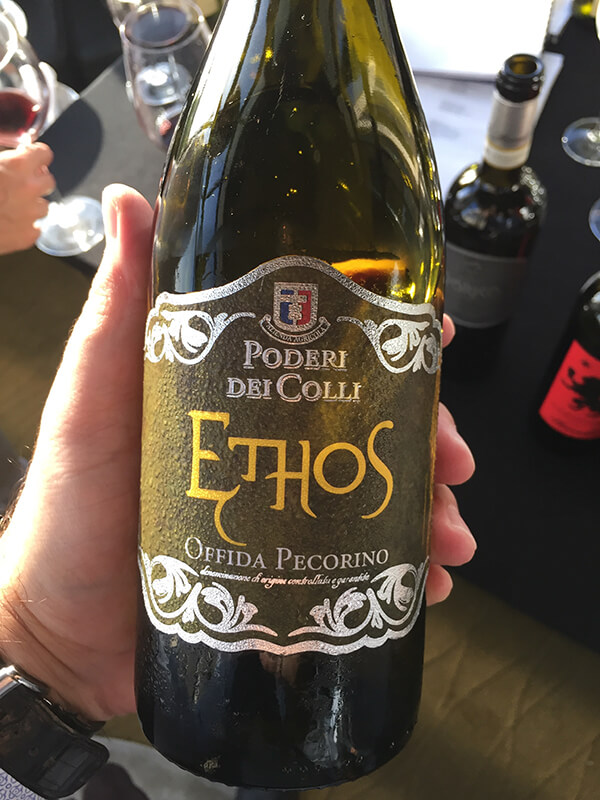 Offida Passerina DOCG: The Passerina is one of my favorite variety because its fresh grape with well-structured acidity which produces lively fragrant white wines, my kind of everyday wine. Also, this grape is very resistant to mildew and parasites, tend to build up sugars just before the harvest without dropping the acids content. It’s also fantastic in the production of both sparkling and passito wines.

I’m pleased to have presented this grape to the Abu Dhabi market and thankful to NCT&H is now available in Abu Dhabi through Cheers. The Passerina from Giuseppe has a light straw color. The nose is full of stone fruits and white flowers. The palate is a medium body, quite savory at the beginning, with clean minerality and citrus acidity at the end. Quite surprising long finish. The grape is very fruit forward and is versatile with different vinification and aging style. Can make easy drinking style wine and full body and rich in tannin style. 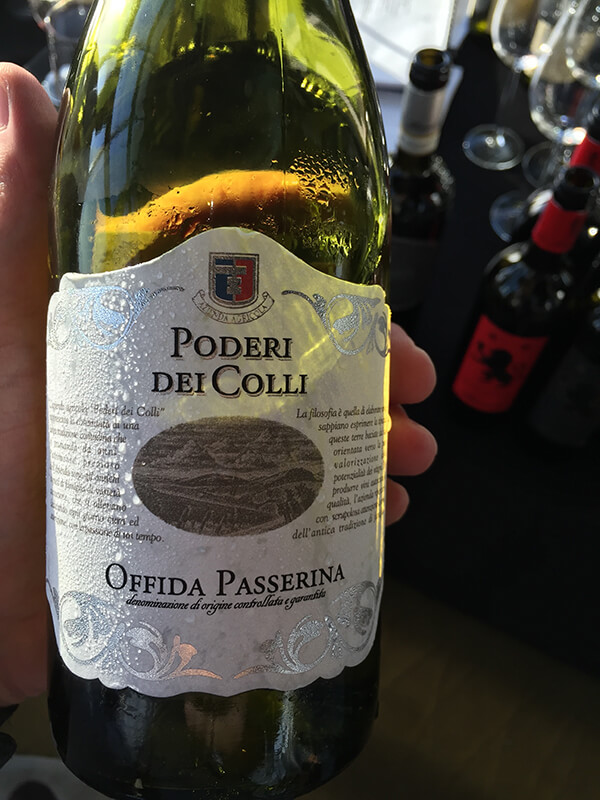 Rosso Piceno DOP: This appellation is the oldest of the Marche and covers nearly 60% of the whole region.

It works very well because it marries well the firm character of the Sangiovese and the elegance of the Montepulciano. The latter it’s the grape variety that prevails in Giuseppe blend, around 65%.
Montepulciano is queen grape of this area, however, cannot be displayed on the label as only the wines from Montepulciano d’Abruzzo can use it. This grape should not be confused with Vino Nobile Di Montepulciano, as is made with Sangiovese variety. It’s characteristic is to be plummy in flavors, smooth in body, with right amount of tannins and acidity.
Sangiovese on the other side is the queen grape of the whole central Italy. In Marche, however, doesn’t get the strength it gets for example in Tuscany.
Sangiovese is very fruit forward grape, strawberry when young; sour red cherry as soon as it stands and develops spiciness, herbal notes with great tannic structure and usually high acidity to balance.
The Rosso Piceno from Giuseppe is ruby red with lots of berries on the nose, such as maraschino cherries and raspberries, but also prunes and violets flowers. The palate is medium plus body, with spicy flowers and slightly peppery. Smooth tannins at the end. 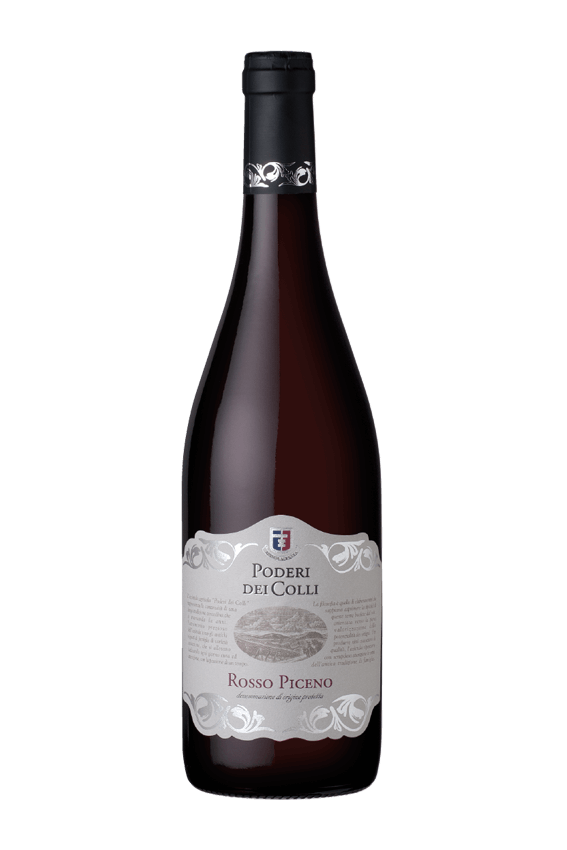 Rigò Marche Rosso IGP: Rigò it’s Giuseppe top cuvee, made exclusively with 100% Montepulciano and aged ten months in oak. This wines represent Podere dei Colli identity, which is the expression of the terroir and get the best of what they have.
The Rigo is sincere on the nose with hints of blackberries, licorice, and oaky flavors. The palate is a medium plus, with smoky notes of mushrooms, spices with ripe berries. The finish is warm with some grippy tannins.