During the Italian Cuisine World Summit 2016, I had the honor of organizing the Best Kept Secret Wine Dinner.
The idea behind this dinner was to display 12 gems of 12 Italian wineries to be presented by 12 of the most influential Sommelier’s in the country. The hot spot location of this amazing dinner was at Social by Heinz Beck restaurant at the Waldorf Astoria, on Palm Jumeirah in Dubai.

Each Sommelier had to present one of the gems of the winery, not in a technical way but in a more subjective approach, and the outcome was a magical experience of discussion and appreciation of the hard work behind those labels.
The great thing about this type of tasting is to have such talented sommeliers and people behind those wines all together and sharing beautiful moments and stories of their wine experiences. 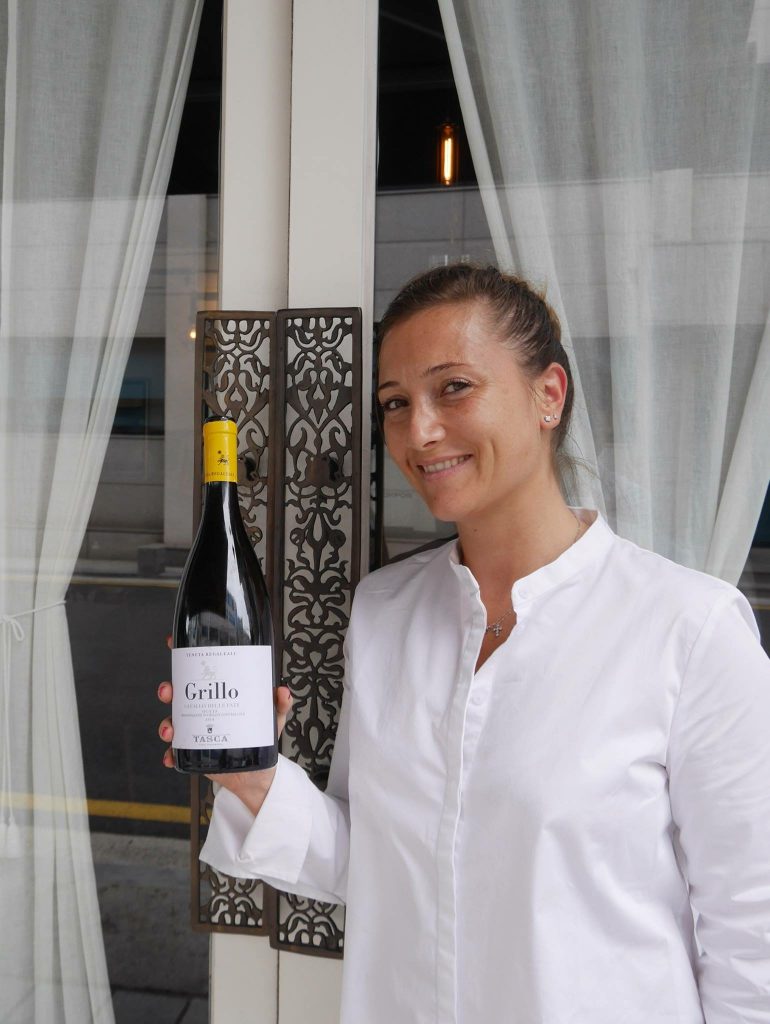 The day after, as #TastedAndRated and not anymore as the Wine Director of the Summit, I meet one representative of those wineries, miss Kate Mazzi, of Tasca D’Almerita, who lives in Hong Kong and oversees the whole Middle East and Asian market. I meet with her to better understand this amazing winery, to understand their history, their philosophy and their changes through the years. Of course in this digital age many simply turn to the Internet, but believe me, when you hear it directly from the people that are behind those wineries, then the stories become alive. Listening to Kate for more than 2 hours, I was transported to Sicily in a trip spanning over 200 years.

LUCA: Who are the Tasca- Conti D’Almerita?
KATE: Tasca Conti D’Almerita are an 8 generation family that first brought the Regaleali Estate in 1830 from an Arab ownership. Back then when you were buying 500 hectares of land, you certainly were not thinking solely of the production of wines, but you were also selling off the different type of fruits and product that you had planted. It was Conte Mastrogiacomo that at the beginning of 1900 started creating a Regaleali line of Nero D’Avola and Insolia, which were the indigenous grape varieties of the area.

LUCA: Since 1900, how has the Estate became one of the leading wine producers of Sicily?
KATE: Regaleali Estate has the perfect microclimate for wine growing. It’s located 400-500 meter above sea level, has the Madonie Mountain on its back and the sea in front, we couldn’t ask for more. Of course, this is not enough to make great wines, as you need the culture of doing things in a constantly improving way and this is something the Conti Tasca have always had in their DNA. We were always the first to introduce new farming technology and cultivation techniques. In this process of development, Regaleali became a model agricultural business that inspired others in Sicily and in other regions. 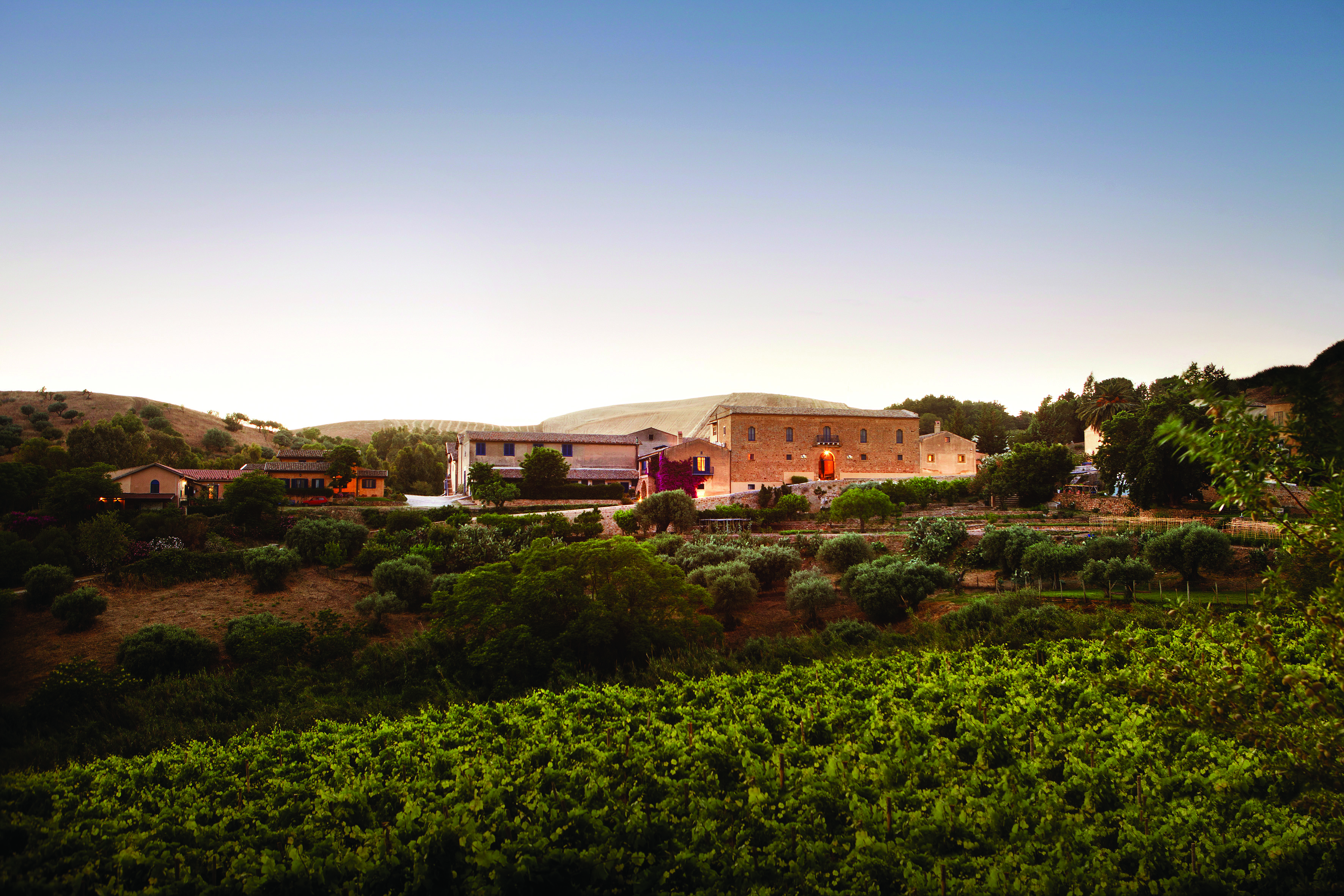 LUCA: When was the time when Tasca made the breakthrough?
KATE: definitely Conte Giuseppe Tasca gave the ignition when in the 50’s he decided to go in the direction of quality versus bulk wines. In the 60’s Giuseppe and his son Lucio where already bottling in Regaleali and making a stunning wine called Rosso del Conte, made with Nero D’Avola using technologies that were very modern for those times.
However the big breakthrough happened in the 80’s when Conte Lucio, or simply Lucio Tasca as he prefers to be called, started to appreciate international wines and fell in love with the Chardonnay and the Cabernet Sauvignon while he was travelling the world as a sportsman- he was a great jockey. Upon his return home, he asked his father Giuseppe to have the opportunity to plant them in Regaleali. His father was not really keen on those grape variety but didn’t stop Lucio in doing so. To plant in the 80’s international grape variety in Sicily was a real innovation that permitted Tasca D’Almerita wines to be known around the world.

LUCA: What then changed after this innovation?
KATE: Tasca started to go around the world with their wines, as there was lots of curiosity from the international market. Sicily also became internationally famous for the mafia, the God Father, and our wines. It was our Regaleali Rosso that was displayed in the iconic film, The God Father, which was recognition that we were doing a fantastic job and we had sucessfully placed the wines from Sicily on the world map. At this stage, we had lots of pressure to both constantly improve and to be attached to our island and traditions. The new generation with Lucio’s sons Alberto and Giuseppe understands this well and nowadays are bringing back the Family to their roots. This means roots that are called indigenous grape varieties not only from the Regaleali Estate but from four more Estate that have been included under the umbrella of the family since 2000. 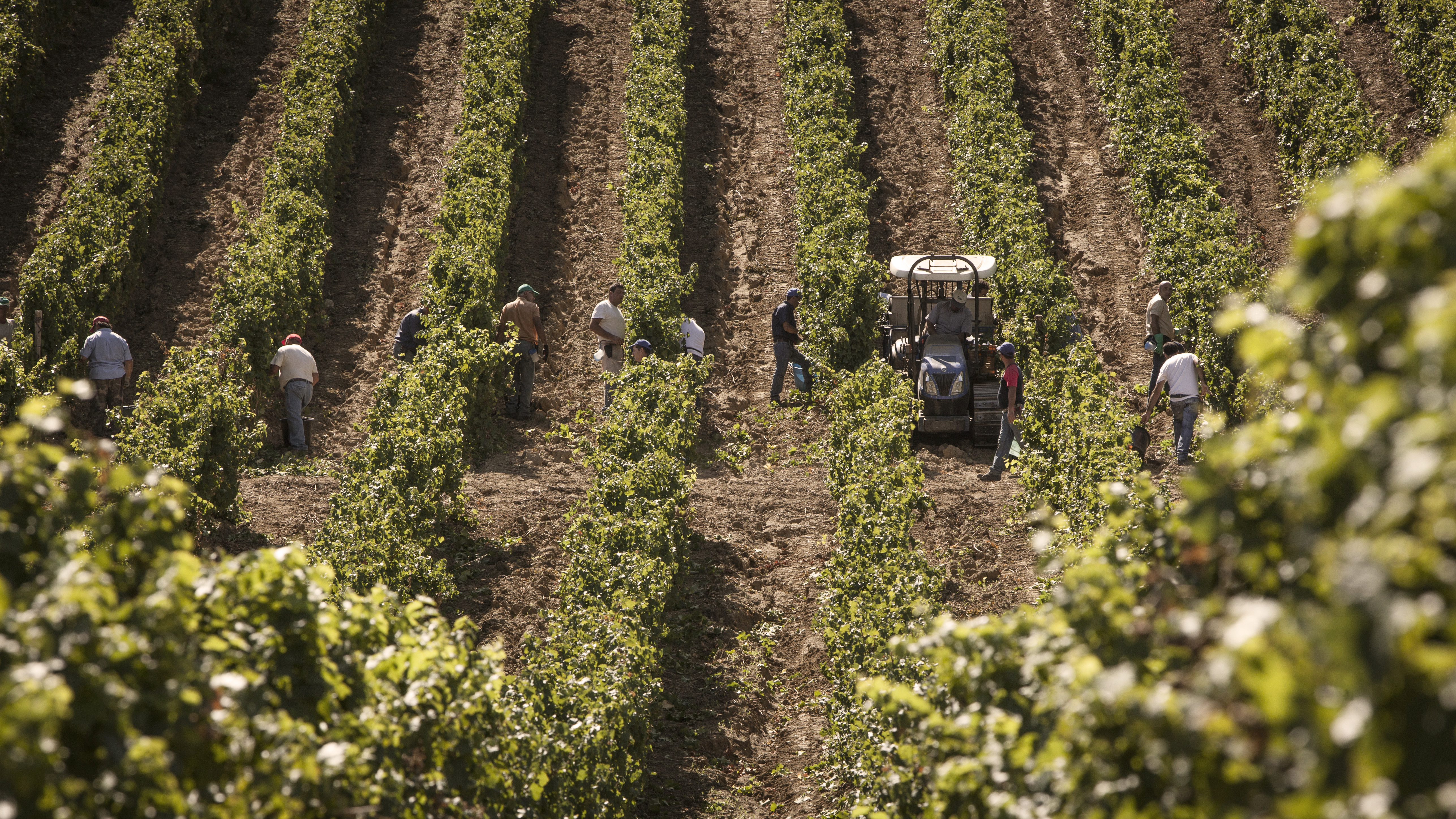 LUCA: Which one are those Estates?
KATE: In 2002 we ventured into the islands of Eolie, more precisely the island of Salina, where we bought Tenuta Capofaro. Here we produce two wines based on Malvasia delle Lipari: one sweet Malvasia and one dry style Malvasia called Didyme. The vineyards are inside the luxury Capofaro Malvasia Resort.
In 2006 we expanded to the island of Morzia, once a Phoenician colony where we bought the historical Whitaker Estate. This island, mostly an archeological site, is the home of the Grillo grape variety, and Tasca makes a very special wine called Grillo Mozia.
In 2007, after a decade of studying the area of Etna DOC and experimenting with the grapes, we acquired two small Estates; Boccadorzo and Sciaranova and the Tascante project was born. In 2008, our first wines were produced. Of course, the grapes we selected are synonymous with this volcanic area. Tascante produces three wines in total: one white wine from the Carricante grape and two reds from the Nerello Mascalese.
The white wine is called Buonora, and fast became one of the most interesting white wines in Italy. The first red is called Ghiaia Nera, and comes from younger vineyards and the second red is called Il Tascante, made from older vineyards. This reminds you of something between the elegance of a Burgundy and the rusticity and tannic structure of a great Barolo and as I would personally describe, Etna wines as elegant and sophisticated like a beautiful woman.

In 2009 we start managing Sallier de La Tour, another historical estate in the Monreale DOC, where we produce indigenous grapes such as Inzolia, Grillo and Nero D’Avola, and also an outstanding Syrah, called La Monaca.
Of course we need to mention our main Estate that is Regaleali, that has been the heart of the Tasca d’Almerita for more than 180 years. It’s a beautiful estate that stretches over several hundreds hectares, with four hundred of those dedicated to vines.
In Regaleali we produce nineteen wines and we experiment with many more. Some of the most iconic are the Regaleali Bianco, a blend of Inzolia, Grecanico, Catarratto and Chardonnay. The Chardonnay and Cabernet Sauvignon are the two single international grape varieties. The Regaleali Nero d’Avola is another popular wine produced from the vineyard. Also produced are the iconic Rosso del Conte, a blend with manly Nero D’avola, the Riserva del Conte which is a blend of Perricone and Nero d’Avola and Guarnaccio Perricone which is a 100% Perricone.

LUCA: How do those 5 Estates follow one philosophy?
KATE: The philosophy behind all those Estates is the territory and not only the wines. In each territory we safeguard the past having an eye on the future.
We make the sustainability in the vineyards as our style of life. We invest more in people than in the machine. We have a strong message in our wines and above all, there is a love for our Sicilia. The more years pass and the more this message gets stronger across all of our estates, and we will not stop yet as we will always look further. As I said, we invest in people and in the territory and we do lots of activities with our visitors. In Regaleali we let visitors discover our people and land. We organize trips to all our properties, we introduce our nature and our product, and we also have cooking classes made by the cousin of Alberto, Fabrizia Lanza, who teaches old Sicilian recipes. It’s a 360-degree communication around our wines, people and territory, that’s why what we produce is made of Sicily and not just made in Sicily.

LUCA: Apart from Sicily, what else do you like to drink?
KATE: I’m a curios drinker and love to discover new wine areas as Greece and Sirya. I love Vedicchio and Nebbiolo and wines that age in amphora’s.