It is my firm belief that everything happens for a reason. And indeed on the day of this interview, it is Yohan Morel’s last day at Toko Restaurant, the iconic Asian venue on the Dubai Boulevard. By coincidence, or rather not, our roads connect as we both say arrivederci to our beloved restaurant industry to pursue our passion for wine within the same month.
The former sommelier from the Rhone-Alpes ventured to London working at The Dorchester for Michelin-starred chef Alain Ducasse. Then in 2009 he took a job offer that lead him to Dubai at Stay by Yannick Alleno, where he later became the head sommelier for the One&Only the Palm. In the following years, Yohan also worked as General Manager for venues including Okku and BU_Trinity in Abu Dhabi. Now he’s going solo. One of only a handful of daring entrepreneurs, he is settling his business in the Gulf, helping to shape the wine industry and promoting quality drinking, starting as brand ambassador for Domaine Mas de Daumas Gassac from the Languedoc region of France. 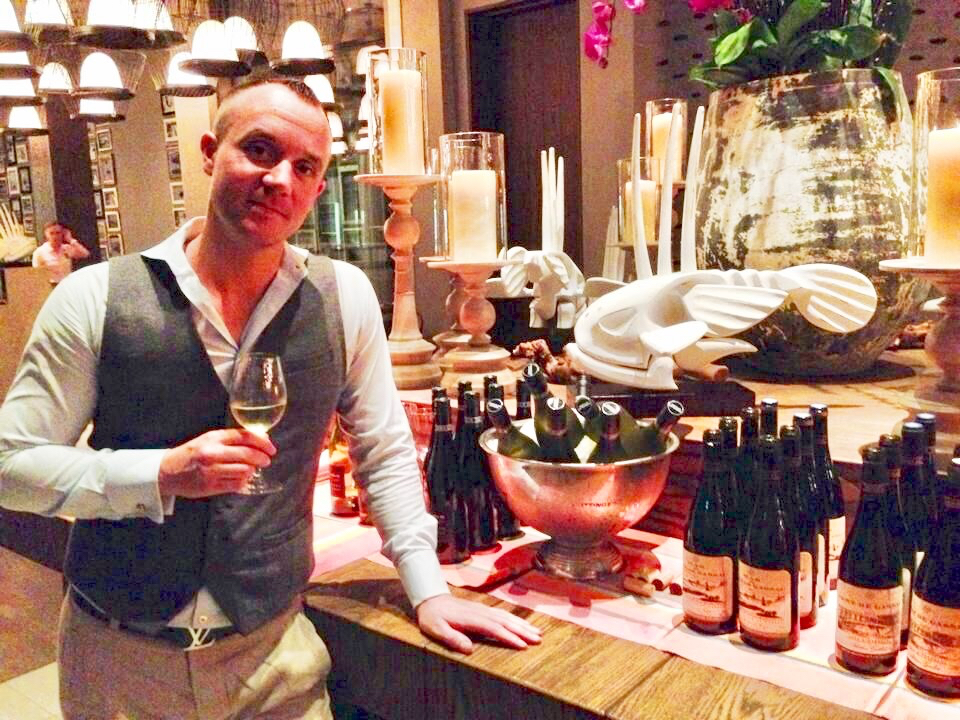 Few can forget the iconic words of Aime Guibert, the owner of Domaine Mas de Daumas Gassac who declared “Wine is dead. Let’s be clear, wine is dead”. His outspoken nature saw him oppose the globalization of the Mondavi Corporation who wanted to invest in his area of Languedoc. They were then forced to invest in Italy with the Frescobaldi Family creating the Super Tuscan Luce della Vite. 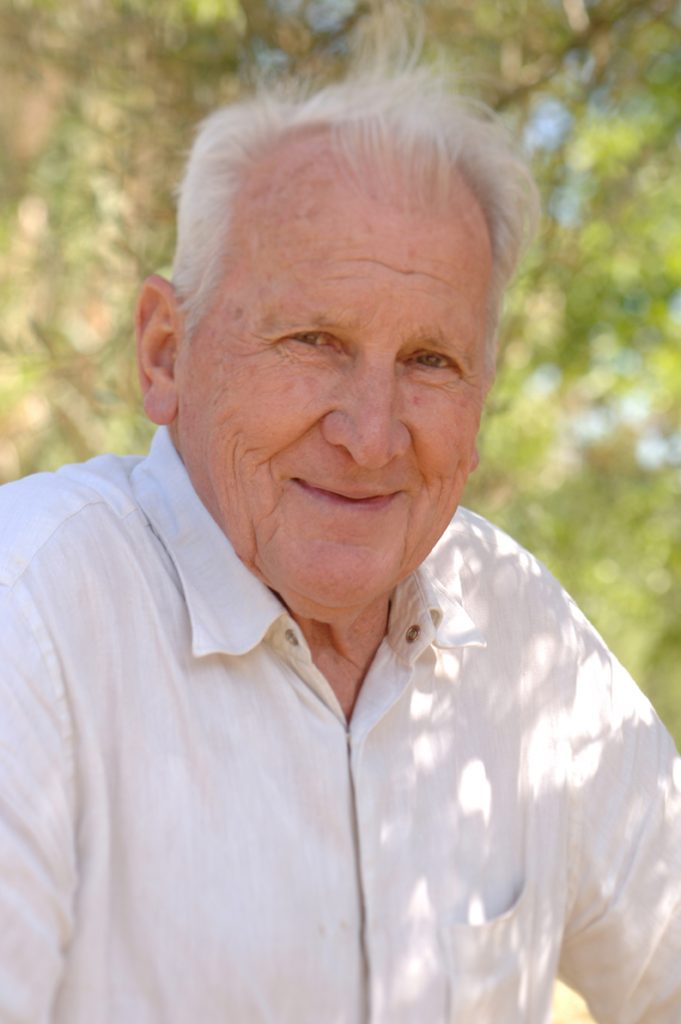 LUCA: Tell me about the history of Mas de Daumas Gassac?
YOHAN: In 1971, Aime and Veronique Guibert, after selling their glove manufacturing business, purchased an 100-hectare farmhouse in Aniane, a small commune in the Gassac Valley, surrounded by 100-hectares of a forest, with no intention to produce wine. After 2 years, thanks to Aime’s friend Henry Enjalbert, a geologist who specialized in terroir for grapes, they discovered that they were sitting on a very special soil similar to the Burgundy’s Cotes d’Or. The influence of the surrounding mountains also created a microclimate, which is reminiscent of the Medoc in Bordeaux. Those are the best assets to create amazing wines. Despite the fact that at that time Languedoc was only known for his bulk wines, Aime decided to do everything possible in order to produce the best wine he could.
Between 1972 and 1978 he started building his cellars, and by the end of 1978, he started to be consulted by Emile Peynaud, the professor of Enology at the Bordeaux University and father of the modern vinification, who also saw the opportunity to create a Grand Cru in the Languedoc. Aime’s first wine was produced in 1978 and named Mas de Daumas Gassac Red, an 80% Cabernet Sauvignon, which people were calling Lafite of the Languedoc or the Petrus of the Midi and is today known as the Grand Cru of the Midi. 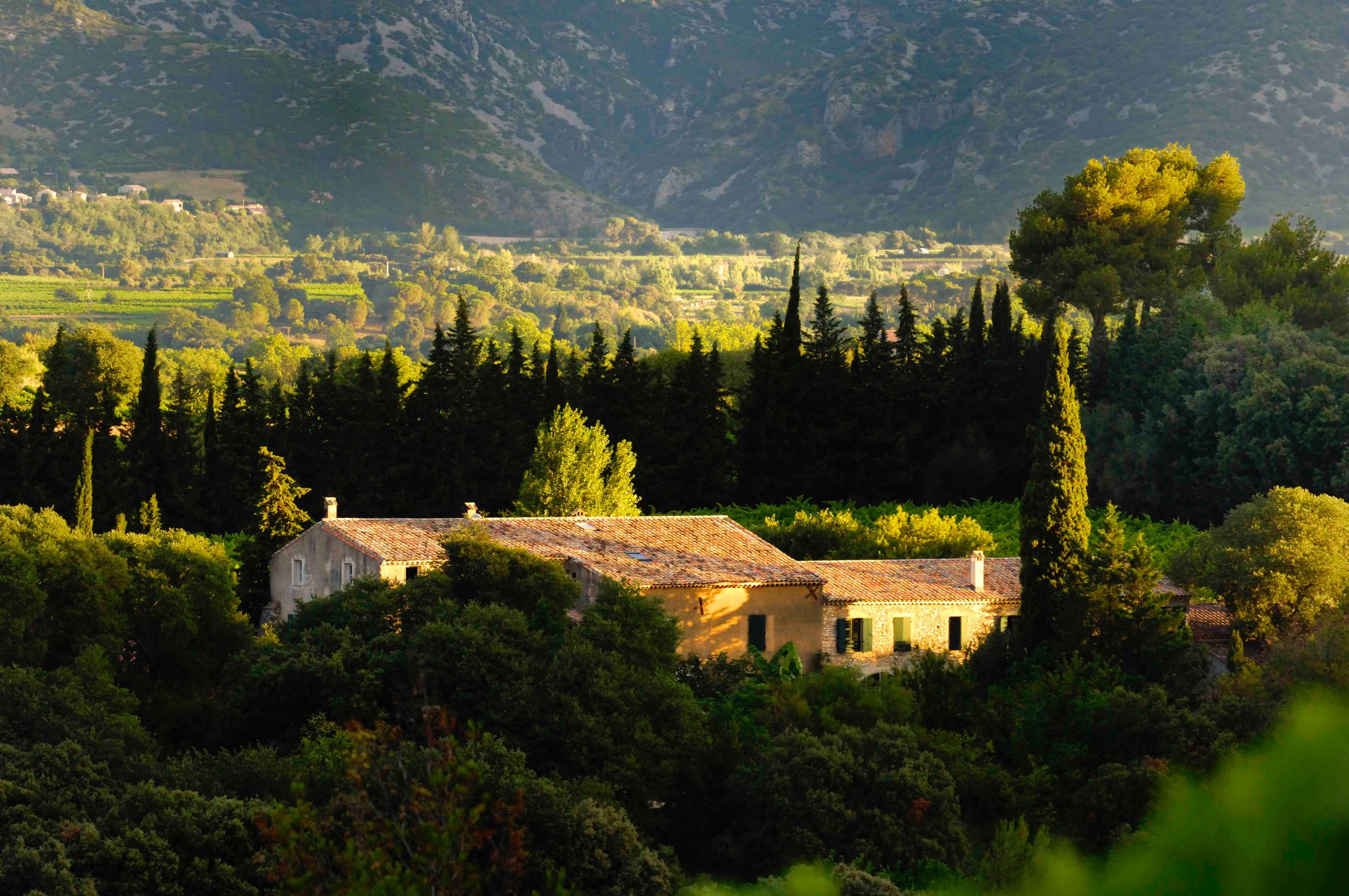 LUCA: Together with the terroir, what makes Aime wines special?
YOHAN: It is not a typical Languedoc wine, but more a cross between a fine Burgundy and a fine Bordeaux. Aime always wanted to produce wines with finesse, elegance, complexity and balance, his vision was to reach perfection, balancing the wines with many grape varieties. Both the white and red are made up of a blend of 20 grape varieties each.
For the Daumas Gassac White, we use Petit Manseng, Viognier, Chenin Blanc and Chardonnay for the majority of the blend and then we add Bourbolenc, Marsanne, Roussanne, Falanghina, Fiano, Grechetto, Albarino and many more rare varieties. In a blind taste, people often confuse it with an old Chenin Blanc. The wine is creamy but without any oak influence or malolactic fermentation, with a bit of residual sugar from the Petit Manseng, this is released the following January after the harvest.
The Daumas Gassac Red is a blend of 70-80% of Cabernet Sauvignon (depending on the vintage) and other grapes such as Merlot, Cabernet Franc, Petit Verdot, Malbec, Pinot Noir, Tempranillo, Sangiovese, Barbera and many more rare varieties. The grapes are first fermented in concrete vats, blended and left to mature for a maximum of 6 months in different oaks, which are between 1 and 7 years old. The Daumas Bassac Red has a great intense aroma of primarily fruit flavors, it’s approachable when young but can also mature for more than 20 years.

LUCA: Do they produce other labels?
YOHAN: Yes. Two more wines are produced under the Daumas Bassac label and several others under Moulin Bassac labels, which are from grapes bought from other vignerons. The first Daumas Bassac label is the Frizant Rose, which is a sparkling rose, made from the young vine of the red blend and fermented in a closed tank. The second is the Vin de Laurence, a Vin de Liqueur, made from the Sercial grape variety from Madeira, which is harvested under-ripe and their own Languedoc Muscat Petit Grain from Mireval, which is harvested over-ripe and added to the fermenting Sercial. The result of this French-Portuguese alchemy is an incredibly rich, complex and amber colored wine, which is aged for 8-10 years in an old oak barrel. The Moulin Bassac is a label producing over 10 labels, where the fruit is purchased from other vignerons but still maintains the philosophy of Daumas Bassac.

LUCA: What does it mean for you to be their Brand Ambassador?
YOHAN: It’s a great responsibility and I feel honored to represent and work for Daumas Gassac. As a sommelier, I always believe in terroir wines and a great philosophy behind them so I admire their work. It’s now 3 years I have been working for them in this region, promoting their wine and organizing tastings.

LUCA: How do you see the Globalization of the wine industry?
YOHAN: As a Frenchman, we believe in terroir and so long as a winemaker has it in his philosophy, I’m happy with anything from anywhere. 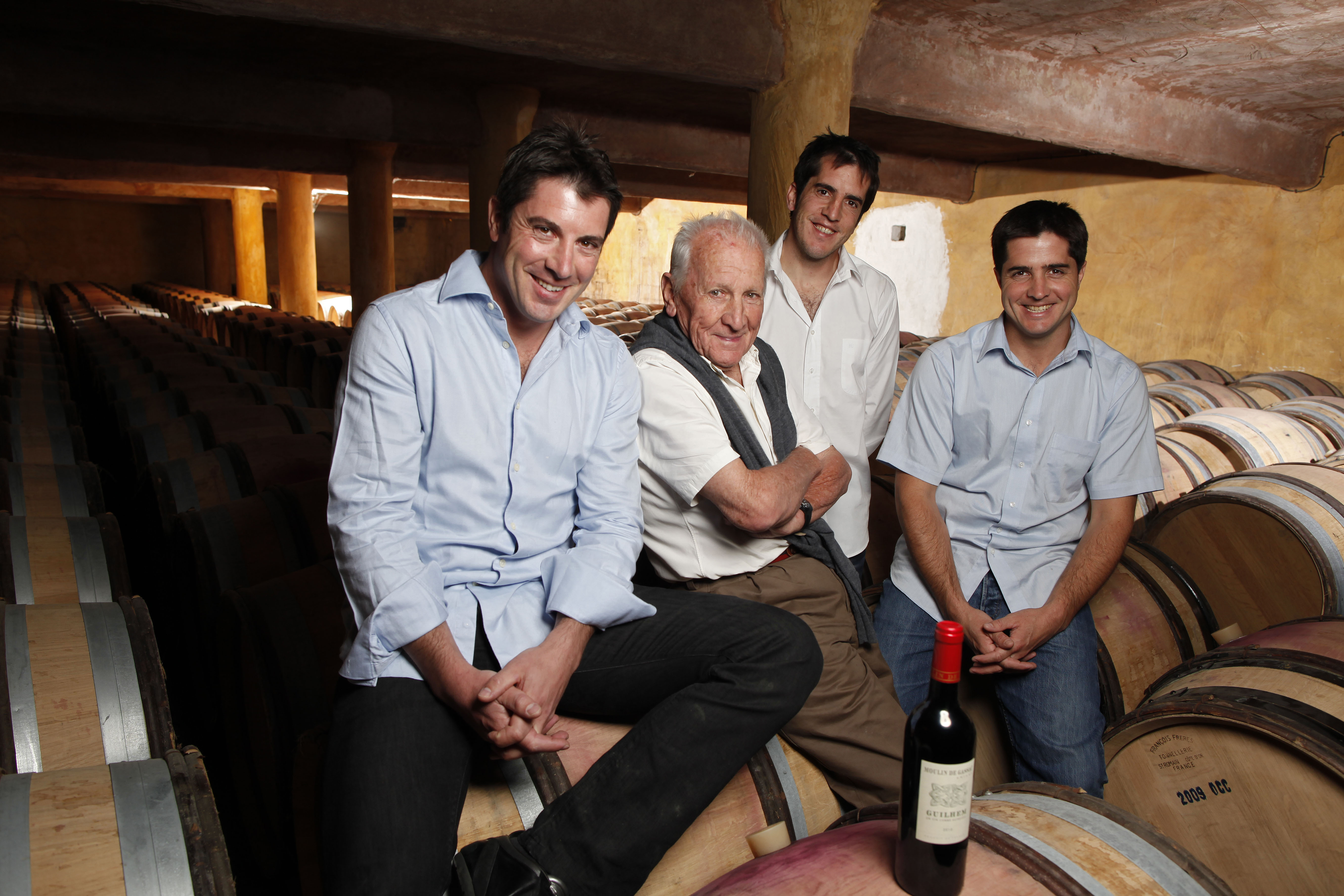 LUCA: What is your view on the general market?
YOHAN: French wines are loosing their identity and are not perceived very well in the market because distributors are more interested in large negotiant’s rather than in micro producers, so quantity versus quality. However, some distributors such as MMI and Spinneys in Abu Dhabi are supporting the micro producer and the small appellations. Indeed 10 years ago there were not many sommeliers and wine professionals in this region, and it was a time when most of the import was from large producers. Nowadays thanks to the special-import, we start to see lots of specific small appellation, biodynamic wines, natural wines and small growers.
In the end, the consumer always pays the consequences as they do not have many alternatives and restaurant lists are very similar to each other. What is missing here is the so-called middle range. Due to the high taxation, markup and illogical beverage cost, the entry level wines here are sequentially middle-range, and for this reason you cannot have the middle range as they equate to fine wine. Thanks to some stand alone restaurants now something is changing in the price structure and hotel restaurants are paying the consequences of their approach, as stand alone can work more on the cash margin and lower the price, while hotels are more based on the fixed beverage cost.
2016 was a disaster year for all of us due to the lower Pound and Euro change, which saw visitor spend per head drop drastically. I wish that in 2017 the economy gets back on its feet and that we as an industry work together to best increase productivity, while lowering the price.

LUCA: Besides French Wines, what else do you drink?
YOHAN: I mostly drink anything that is great, and I have a special passion for South African wines, as it is closer to European winemaking than other new world countries. I particular like Beaumont Family Wines from Overberg, Mullineux Family Wines from Swartland and Creation Wines from Walker Bay.