Gianni Gagliardo and his Barolo’s

I first meet Gianni more than 10 years ago, while working at Verre by Gordon Ramsay and I was so pleased to have the first TastedAndRated master class with Gianni’s top Cru.
Before the master class, I have meet Gianni at the Four Season Jumeirah for an interview and get some inside of his beautiful territory and philosophy.
As for an Italian, Barolo it’s not just one of the top wines produced in Italy but has the very long story back to the unification of Italy. We call it the King of Wines or the Wines of the Kings, I much more prefer the first one, however, King Carlo Alberto of Savoy and his Son King Victor Emmanuel, first king of the unified Italy, were a good daily drinker of Barolo.
We can say that the story of the Barolo started from those two kings and other few such as the Marchesa di Barolo and Count of Cavour, who thanks to their time spent in France, they wished to produce and drink great wines such the Bordeaux and Burgundy.
Many people associate Barolo and Burgundy reds, however with exception of the color, the single vineyards, and the cost, the wines are so drastically different from each other in term of smell and taste, also the acidity and tannins of the Barolo are equal to none. 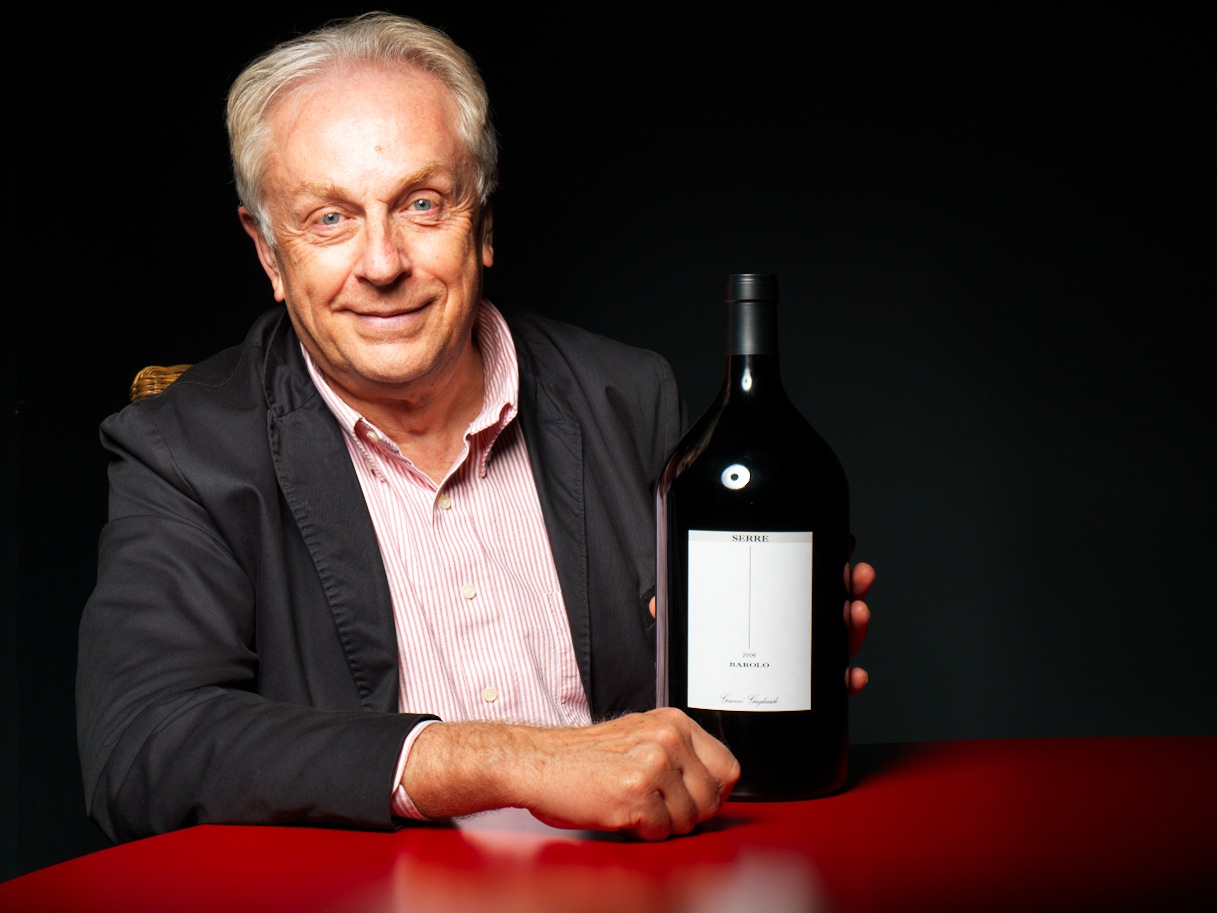 GIANNI: The Barolo area has his own uniqueness for various microclimate factors, which create the ideal condition for the Nebbiolo grape. This variety is for many people amongst the best grape variety in the world, even so, it’s not as famous as the international grape variety. The Nebbiolo express it’s best quality fruit only in this territory and for this reason, it’s not grown in other places.
We need to mention that this area is only vast 2,000 hectares, and produces only 13 million bottles per year, so very small if we compare for example with the 35,000 hectares of Burgundy. The history of Barolo is a recent one and made only from 360 families who love their land produce only quality wines. In this small area, there are many microclimates that produce the different type of Barolo but we generically divide into two areas divided by a valley. If you drive out from Alba, on the right side you will find La Morra, with Tortonian soil, which has compact calcareous marls, mixed with sands composition that produces perfumed, elegant, softer and fine Barolo’s.  On the Left, we have Serralunghe d’Alba with the Helvetian soil, looser calcareous marl with sandstone and limestone which produce powerful, high acidity, harsher tannins and structured Barolo’s. Then in the Valley, we have the commune of Barolo with crus such as Cannubi, where we can say that the territory is a blend of the two as are the type of Barolo’s produced. In the past Barolo’s was a blend of the different nebbiolo vineyards produced in the different microclimates while today there is the birth of the single vineyards (181 MGA Menzione Geografica Aggiuntiva).

The great advantages in having vineyards all around the area is first that you can produce wines with different characteristics and secondly the security against hails. Our 3 Barolos come from 12 parcels across the area, including some of the best crus. This year for the first time we are going to release two Crus: Lazzarito Vigna Preve from the village  of Serralunga d’Alba and Castelletto from Monforte d’Alba, two different plots geographically very close but with different character.
At the Master Class, we tasted and rated Barolo Serre 2005, Barolo Serre 2006, Barolo Serre 2007 and Barolo Preve 2009.
When having a vertical in this way you really understand that the Vintage is crucial when selecting a bottle wine, and mostly when you spending quite some money to particular cru’s.
The round table was attended by some fantastic sommelier of the city and unanimously we had the same idea’s on the evolution of those wines based on their vintages. 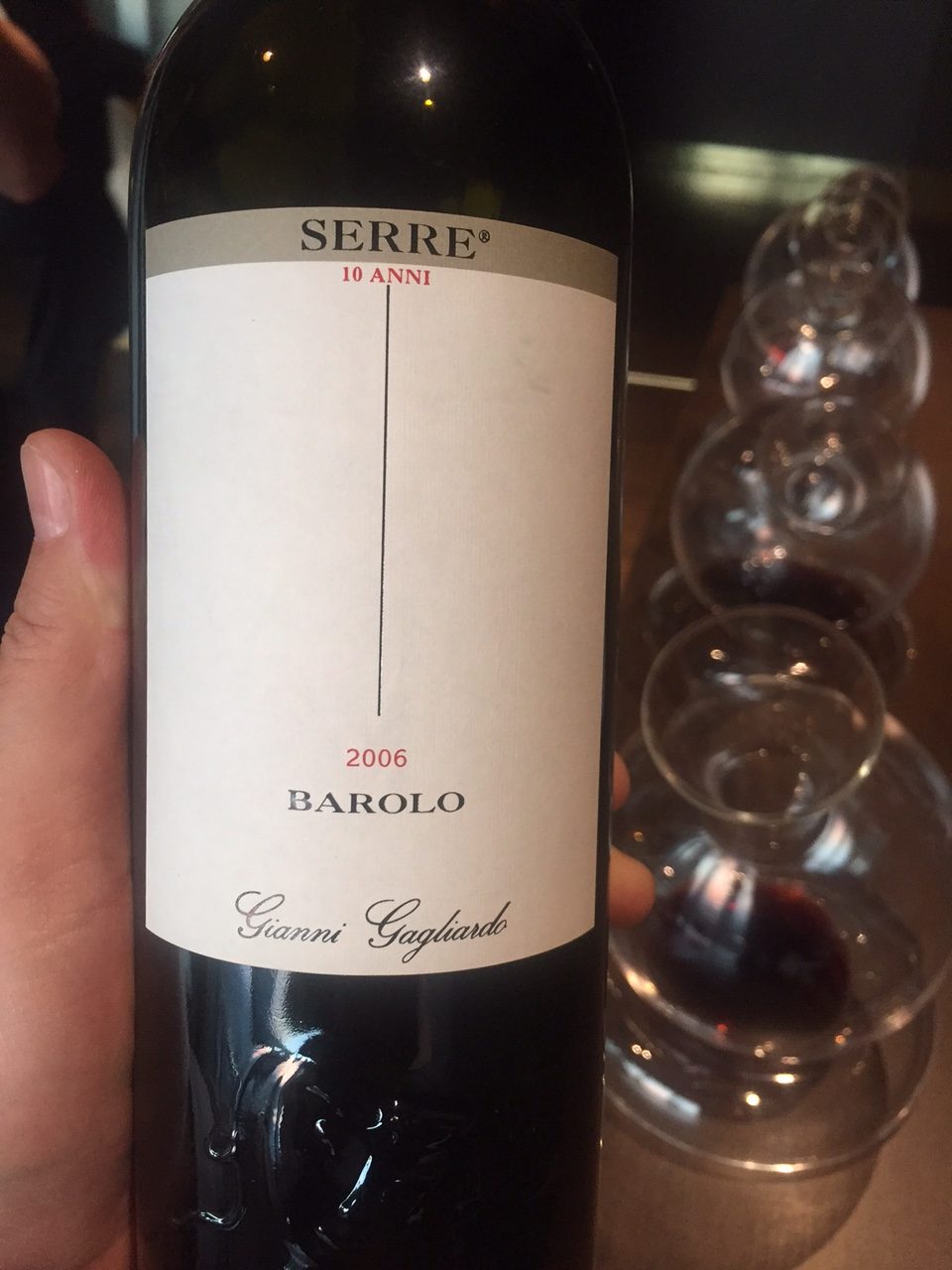 Barolo Serre 2007 The Barolo Serre comes from the Castelletto Vineyard of Monforte d’Alba village. The vintage 2007 is classified as 4* vintage, and show red fruits such strawberries and sweet cherries, liquorice and dried mushrooms.
On the palate is fresh, with good tannin, rich in fruit. The wine is quite ready to drink, flavors are already open, very well balanced between acidity and tannin, reminds a lot of the Bordeaux 2007 vintage.
Need to say that while the tasting was going on those wines start to change completely, it was so fascinating in tasting again and again and find always something different from the previous sip.

Serre 2006 this vintage is classified as 5* vintage despite the rain in the middle of September. On the nose its full with sweet fruit and spices and floreal notes. The palate is fruity driven with hints of smoke and tar. The texture is chewy and the tannins are dense. Definitely a wine that is still tight and powerful. It will still need time for its development, however during the tasting and plenty of swirls the wine starts to show more complex characteristic.

Serre 2005, classified as 5* vintage and could have been a disaster if they waited few more days to pick as the rain came at the beginning of October and lasted for a week. The wine show ripe strawberries, chocolate, dry fruits and earthy notes. The palate is rich, complex with firm tannins and dry plums with long depth finish. Overall the wine is elegant and ready to drink. 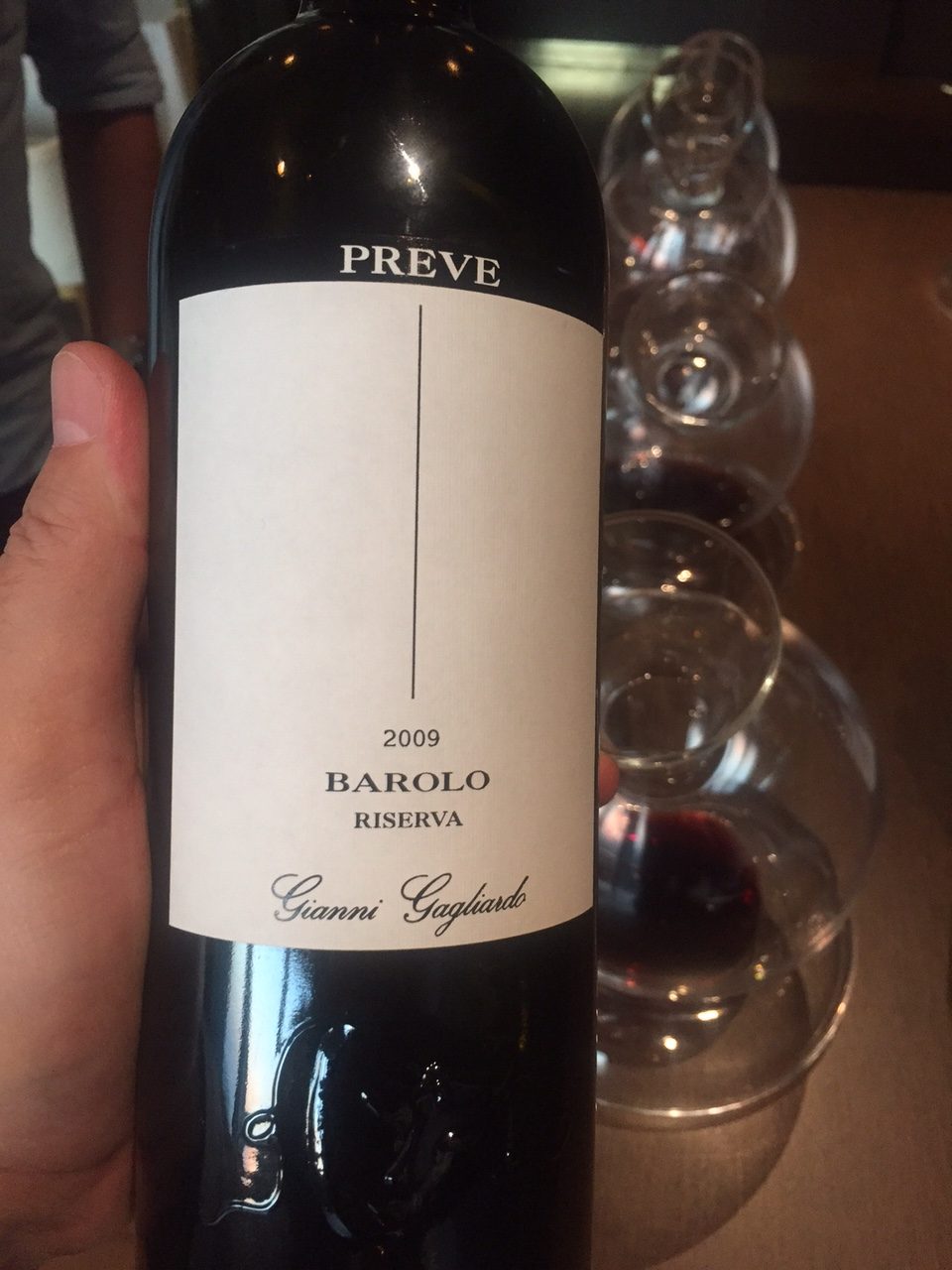 Barolo Preve, Riserva 2009 This Barolo comes from the vineyards of Lazzarito in Serralunga d’Alba. The 2009 vintage is probably among the best of the decade and it shows beautifully in the wine. Riserva means that the wine is released after 5 years aging in the cellar . As soon as i sniff from the nose I feel the complexity of the aromas: Black cherries, exotic spices, leather. On the palate its another planet compared to the Serre. It’s a big boy, masculine with a big structure and supported by an immense amount of tannin and acidity.
Now we can understand the difference between two vineards relatively nearby which are very different in the expression of the terroir.