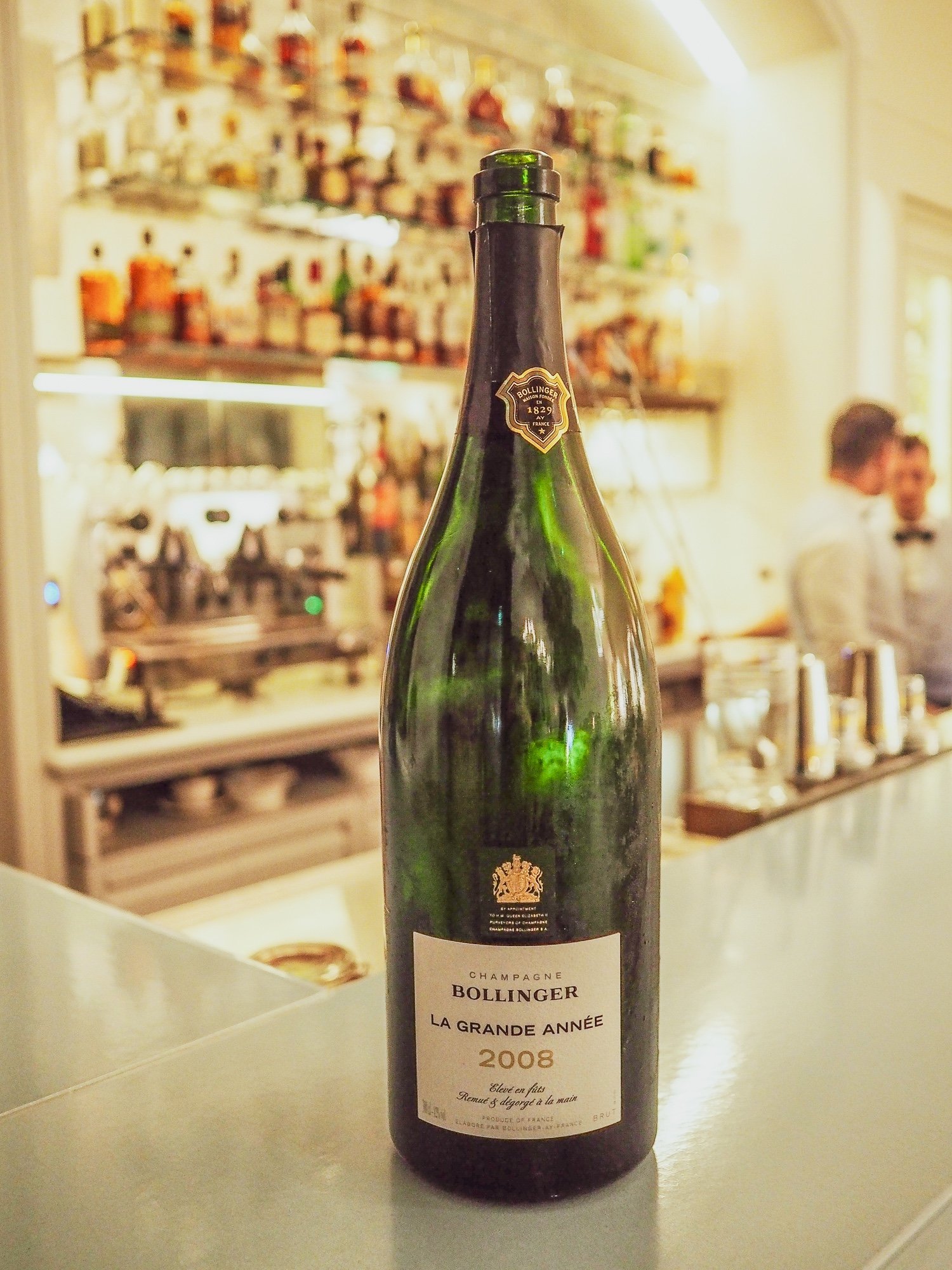 The first thing we notice is the changing in the label, more slick, premium and with the wrinting of Eleve en futs, Remue & degorge a la main, which means that the wine has vinified in small barrels, which have minimum 20 years old and previously used at the Domaine Chanson in Bourgogne, riddled and disgorged by hands. A great phrase which underline the fact that La Grande Année is a craftmanship Champagne.

Another difference is the fact that the percentage of Pinot Noir in the 2008 vintage is the second highest percentuage after the outstanding 1969 vintage.

In fact the blend consist of wines coming from 18 different crus of which 71% is Pinot Noir, coming maily from Aÿ and Verzenay, and 29% is Chardonnay coming from Le Mesnil-sur-Orger and Cremant.

It maybe the reason why, the 2008 will not come with the Rose, as the Maison from Aÿ, wants to showcase this legendary vintage, in the most traditional way. 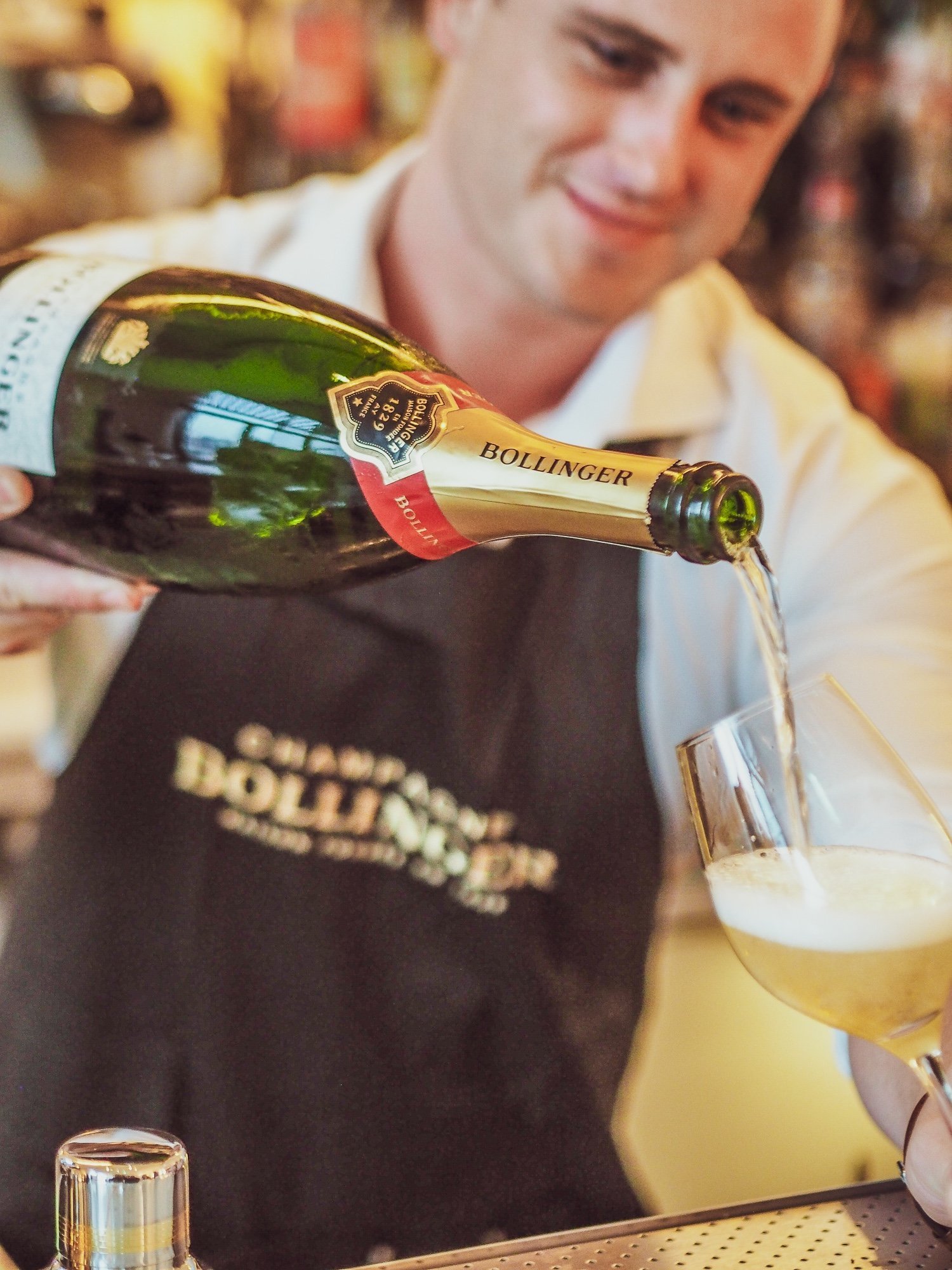 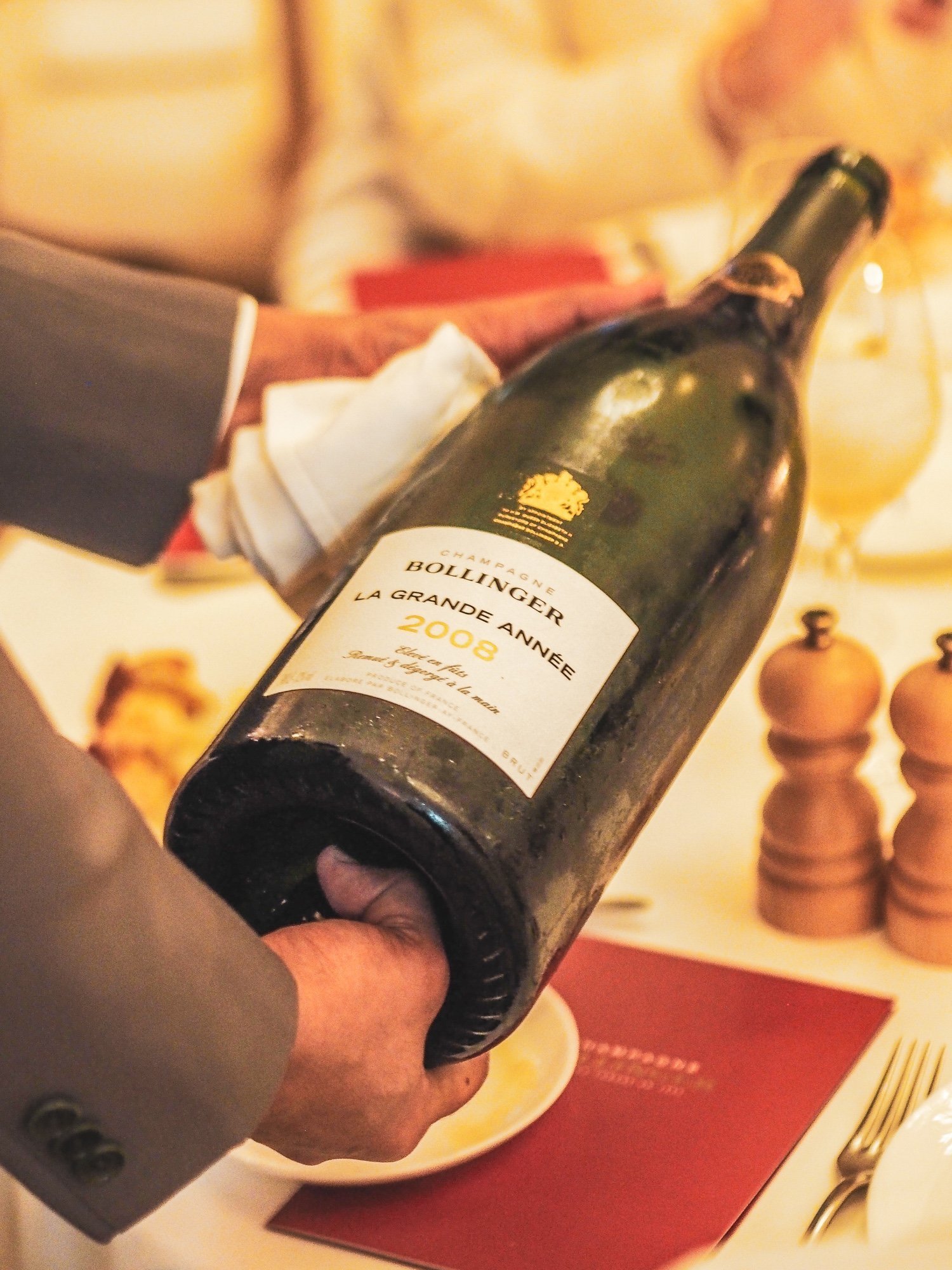 The 2008 in 750cl, showcase a golden colour in the glass, which already tells you a lot in term of richness. The aromatic characteristic are intense, yet very fresh, with yuzu, grapefruit and white peach notes. The secondary aromas are of tosted barley, honey, ginger and saffron. In the mouth is generous of vitality, with the citrusy flavours at the beginning and followed by the expression of secondary aromas. Whats get you instantly is the fresshness and elegance, which sip after sip stays high in my mind.

Its definitely one of the greates vintage of the new millennial, and accordingly to cellar master Gilles Descotes, the expetional 2008, was not an yearly vintage, neither a late vintage, so we don’t know why was exceptional, however when we tasted it, it was expeptional. 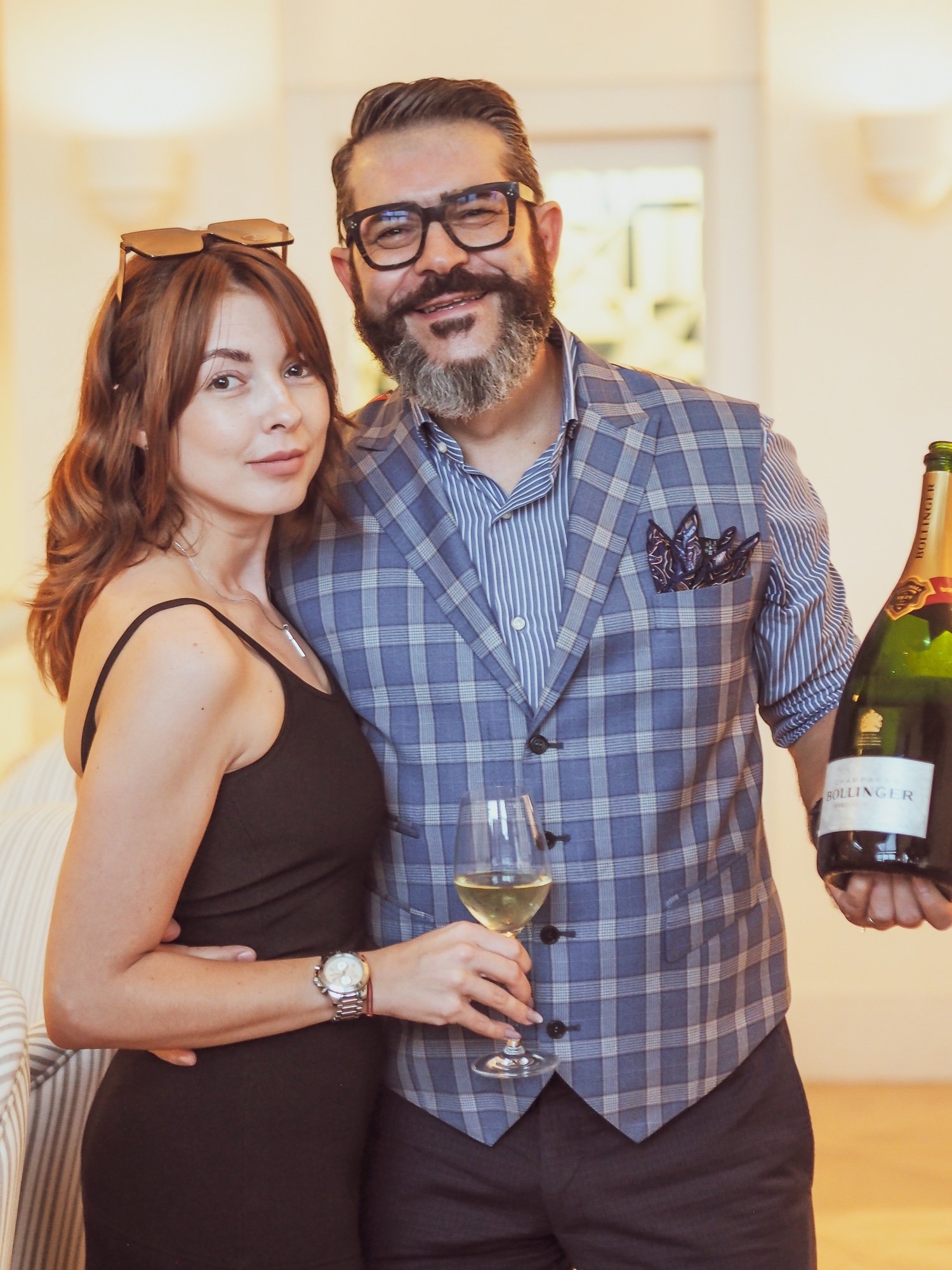 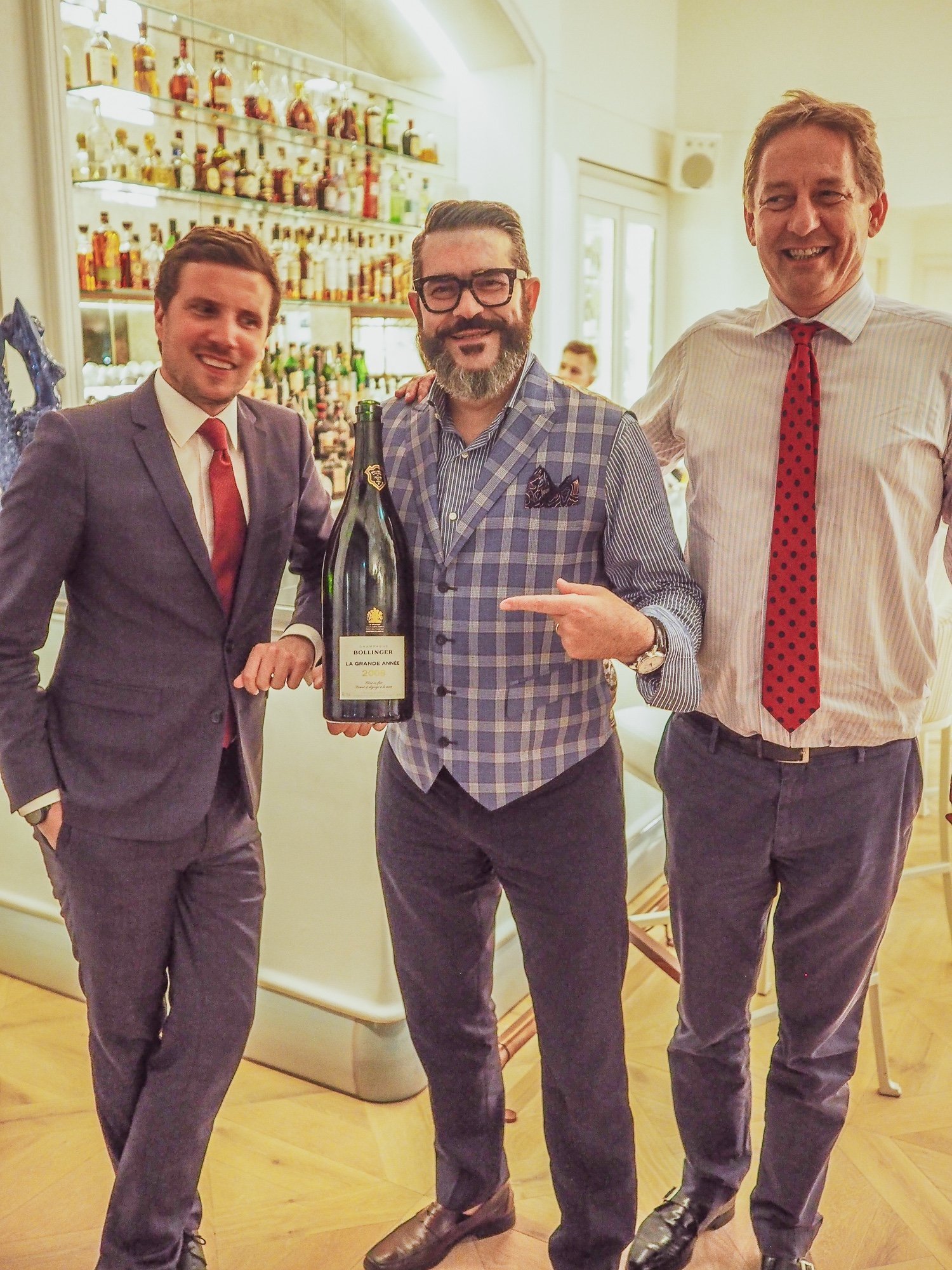 I would like to underline the fact that Bollinger fully support sustainable winegrowing, using biological pest control, significantly reducing the use of herbicides and recycling pruning waste. Preserving biodiversity. Bollinger is the first Champagne House to obtain High Enviromental Value Certification, for its commitment of protecting the vineyards.

The legendary 2008 Vintage of Bollinger La Grande Année was presented by the Export Manager Bastien Mariani, Nick Midwood from Liquid Solutions, who represent Bollinger in the Emirates and Senior Team of A&E. 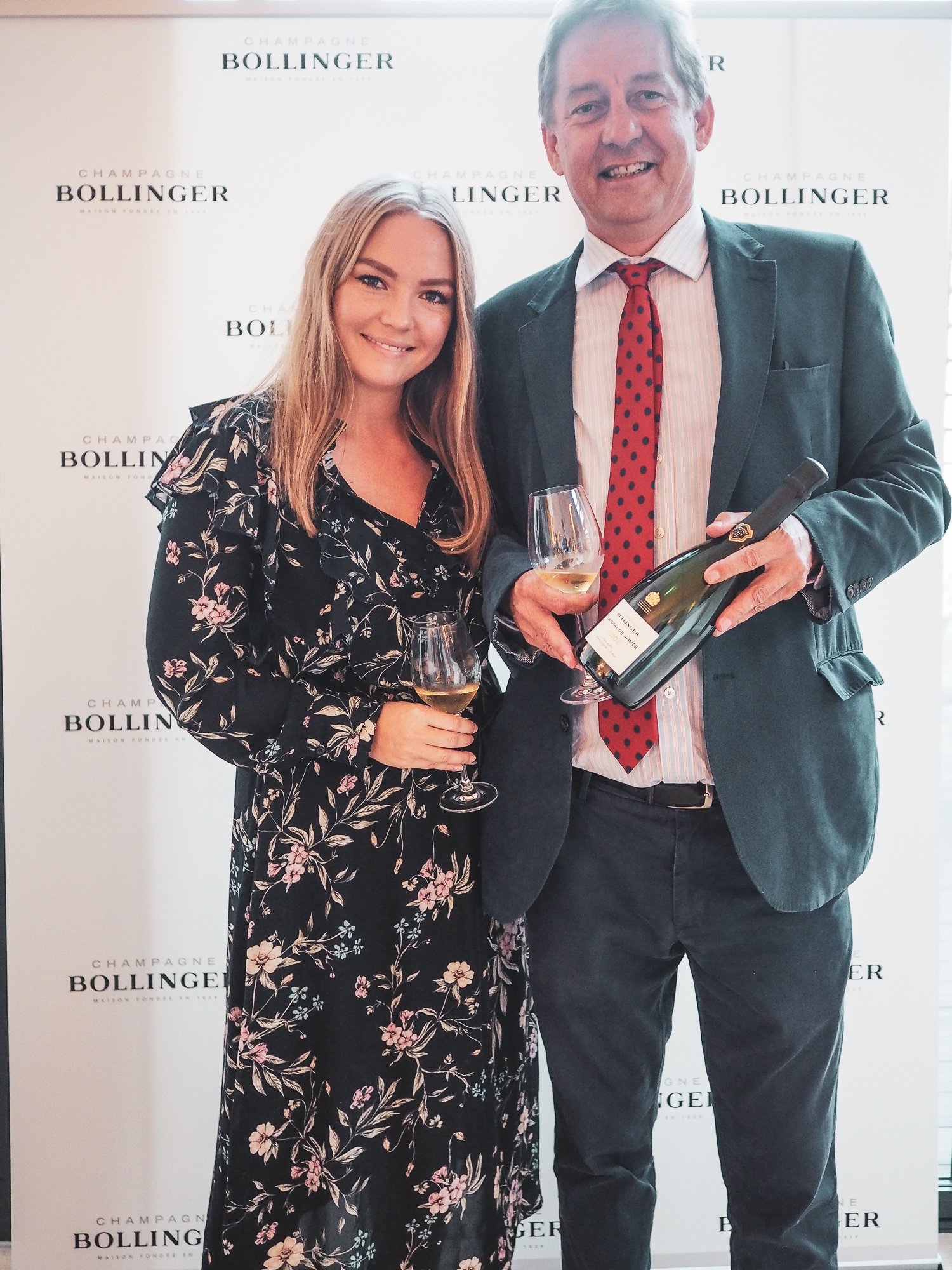 For this amazing release they selected one of the best restaurant in Dubai, Alici, seafood orienteted with one of the most beautiful skiline of Dubai Marina and attended by some of the best city sommeliers. 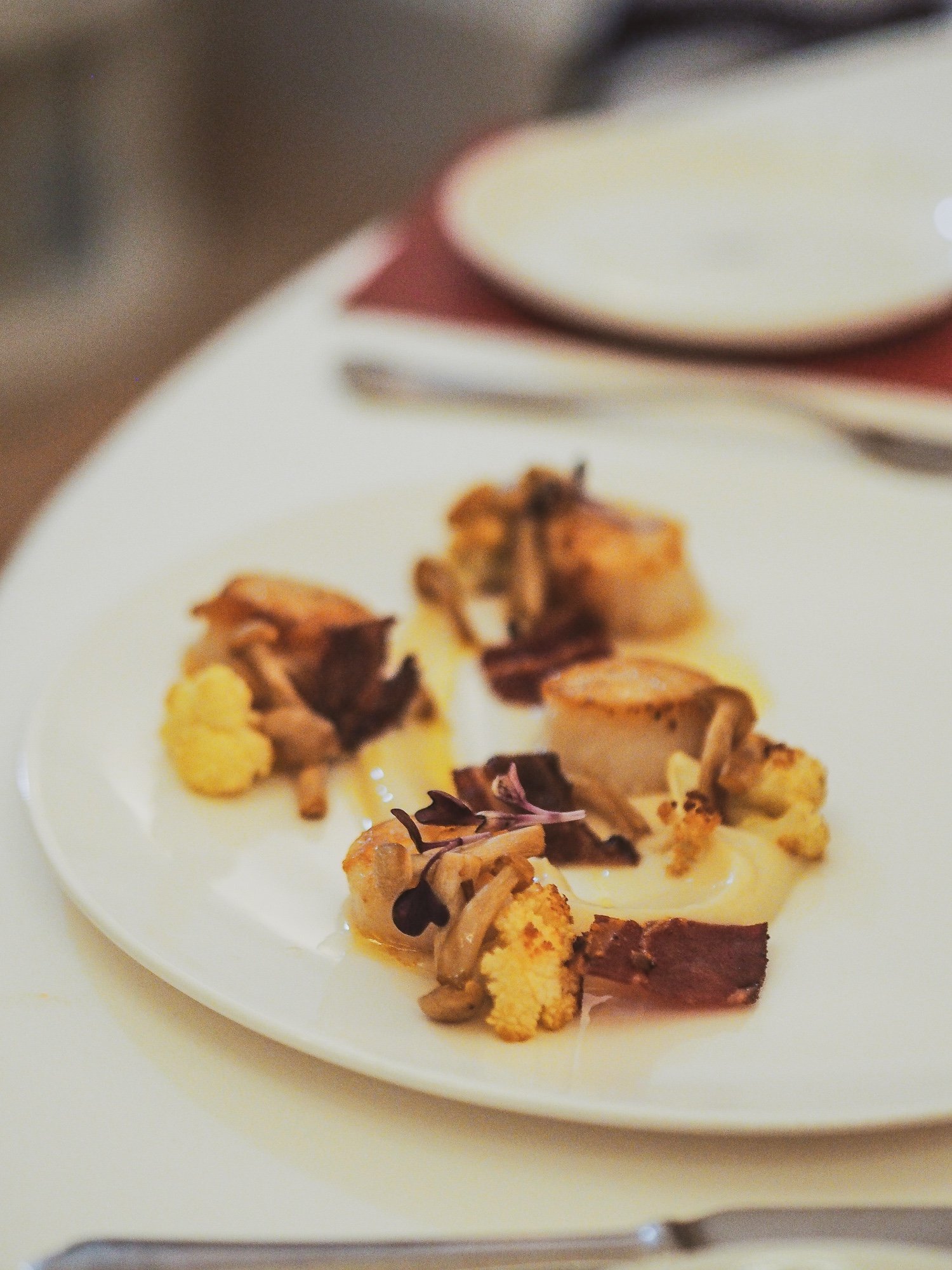 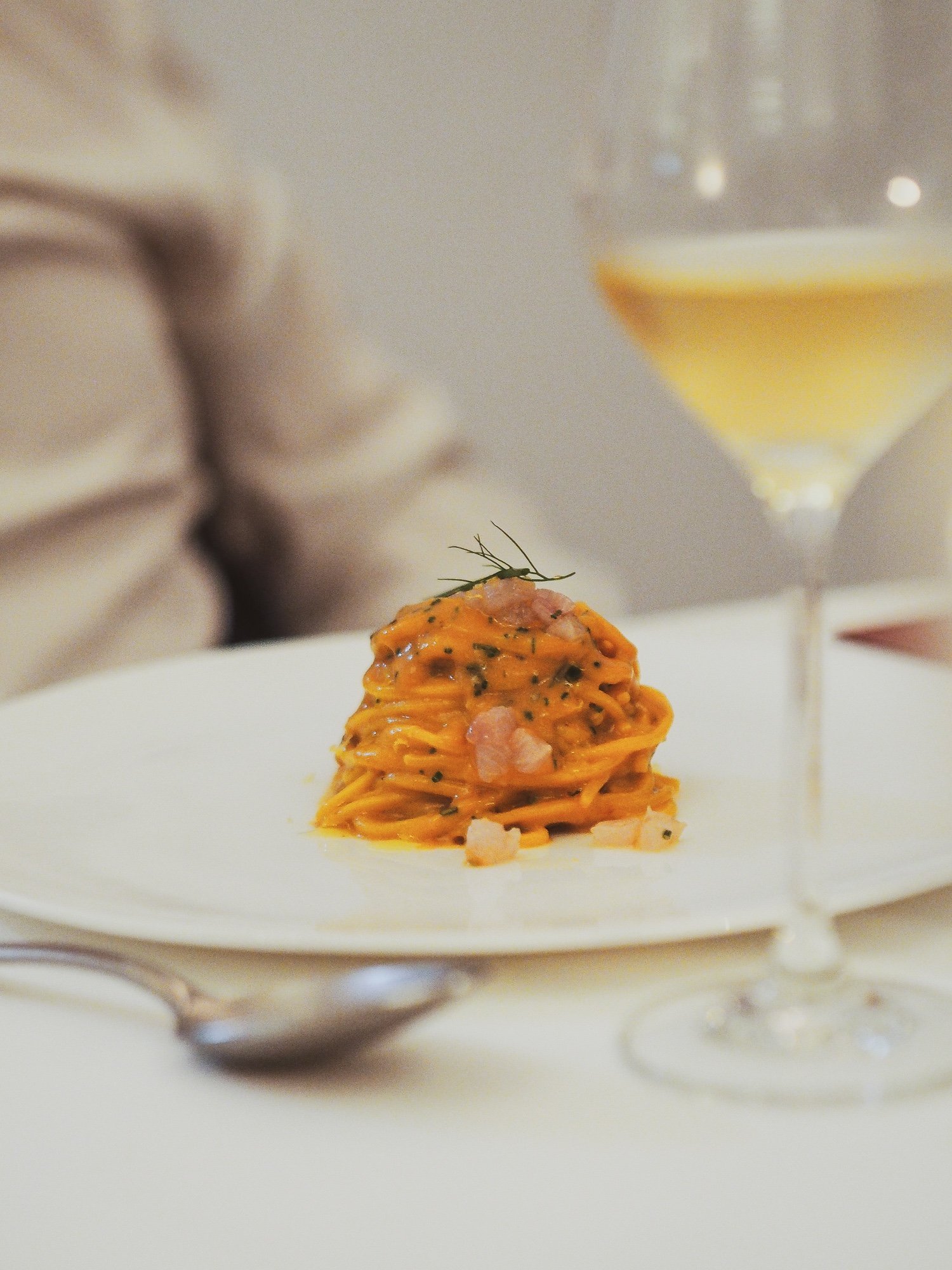 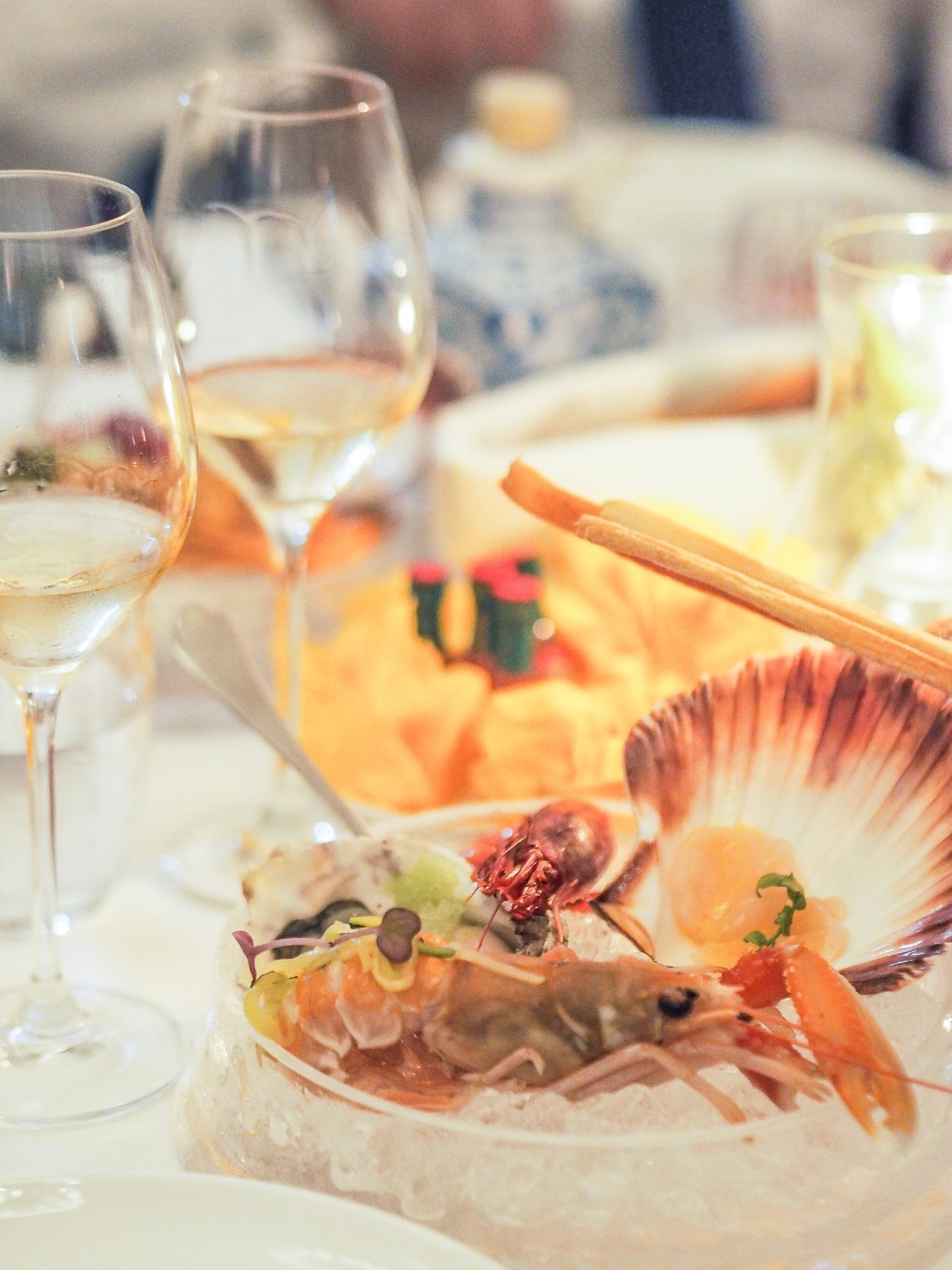 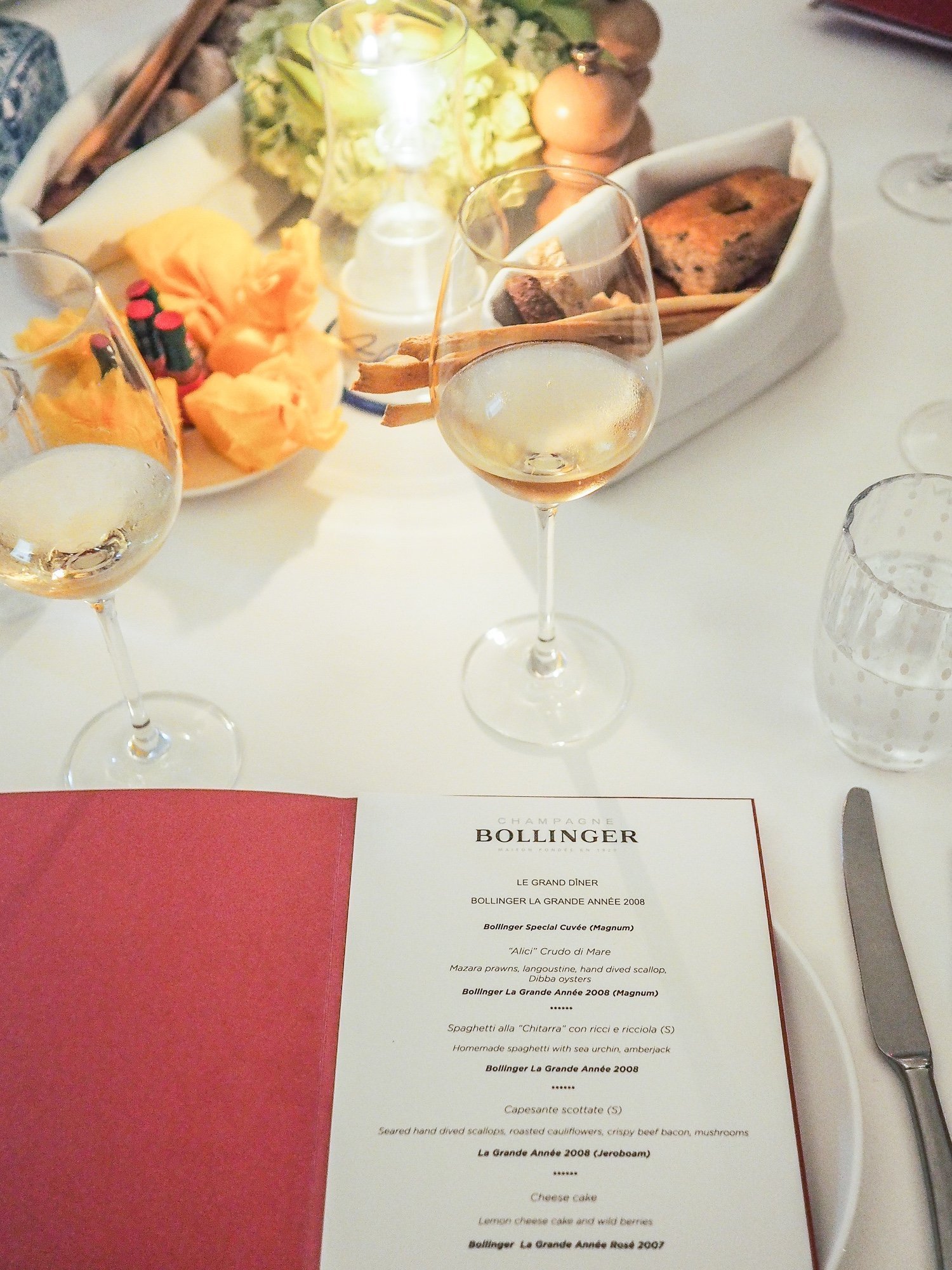