I would have probably been one of the first sommelier here in the UAE, and if any one would have told me that one day I would witness the First Professional UAE Sommeliers Awards I would probably thoughts it was a joke, yet it did happen on November 2nd 2019, in the UAE capital Abu Dhabi.

It did happen because people juts fought for it for many years and thank you to the great support of Gaggenau, together with other sponsor such Italtouch,

Jing Tea, Dibba Oysters, Icons Coffee Couture and Pierre Marcolini Chocolatier, it did happen and was very well received by many people who came to enjoy a full day of master classes, sommelier completion final and a great gala dinner at Vakava Restaurant at the Jumeirah ethiad Towers.

Big shout out to Eric Eybert, Co-Founder of Somm Spirit’D, for organizing and leading the sommelier competition, surely without him, all this wouldn’t happen.

The competition started with 12 sommeliers, which applied between the Dubai and Abu Dhabi Emirates. 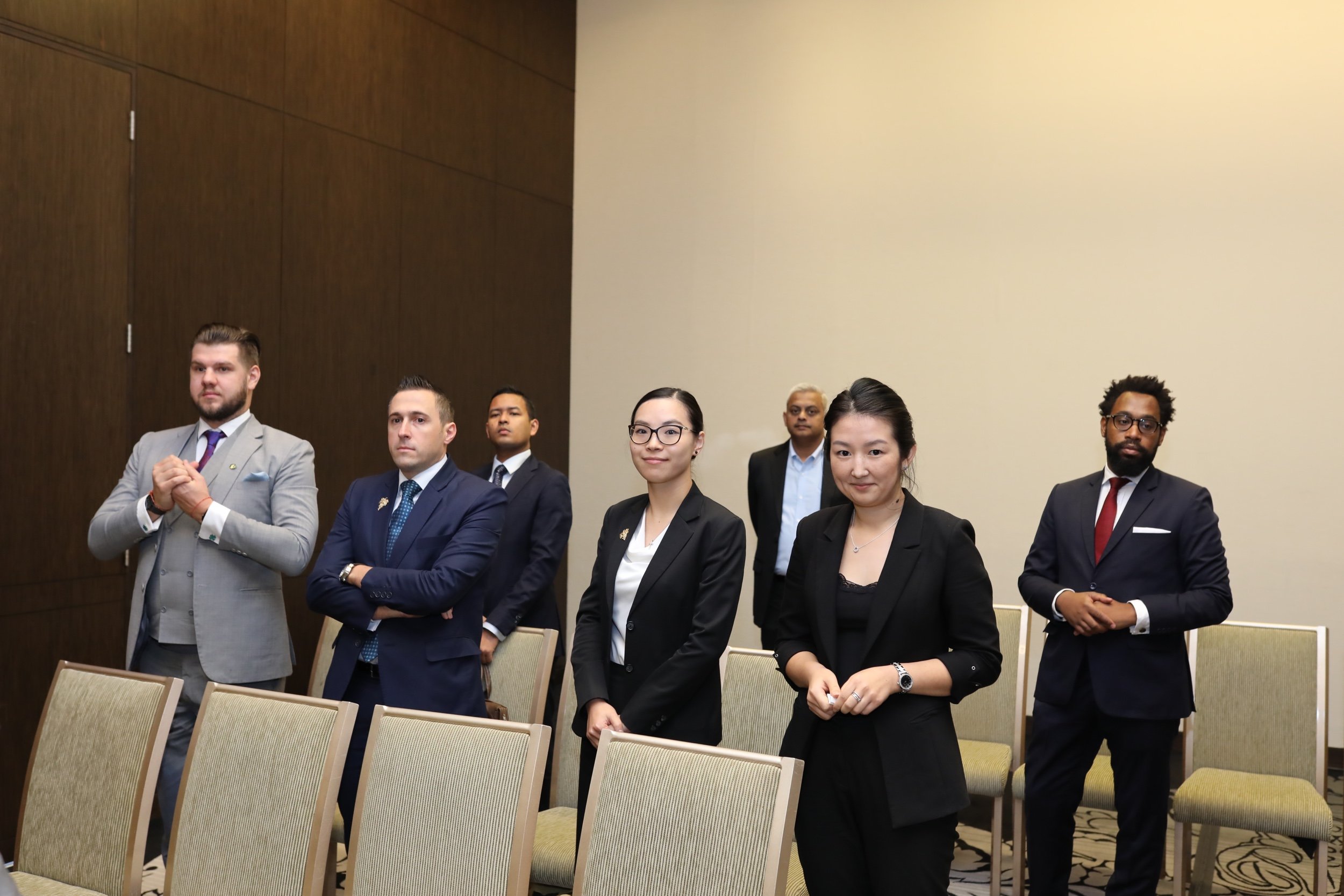 The jury was formed by: 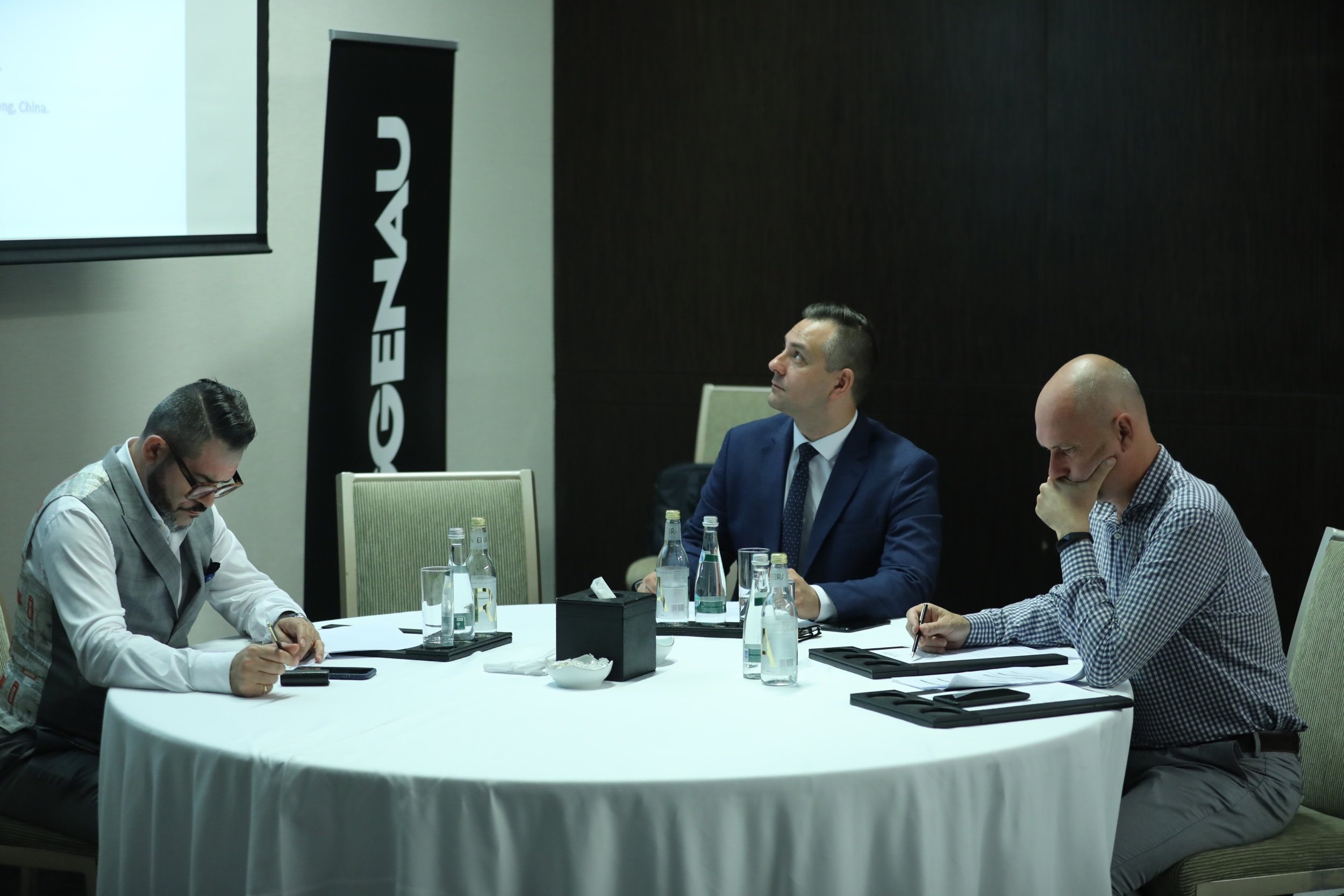 Back at the competition, the process was divided into 3 sections:

1st round was the Theory exams, which included tests on short written questions and multiple questions.

6 of the 12 sommeliers passed the theory, which they were, Mircea, Limin, Cherian, Beka Alex and Gregg.

They entered the semifinal, which include Blind Tasting of 4 wines, Beverage List correction.

The 3 sommeliers, which passed the semi-final, were Mircea, Limin and Cherian. 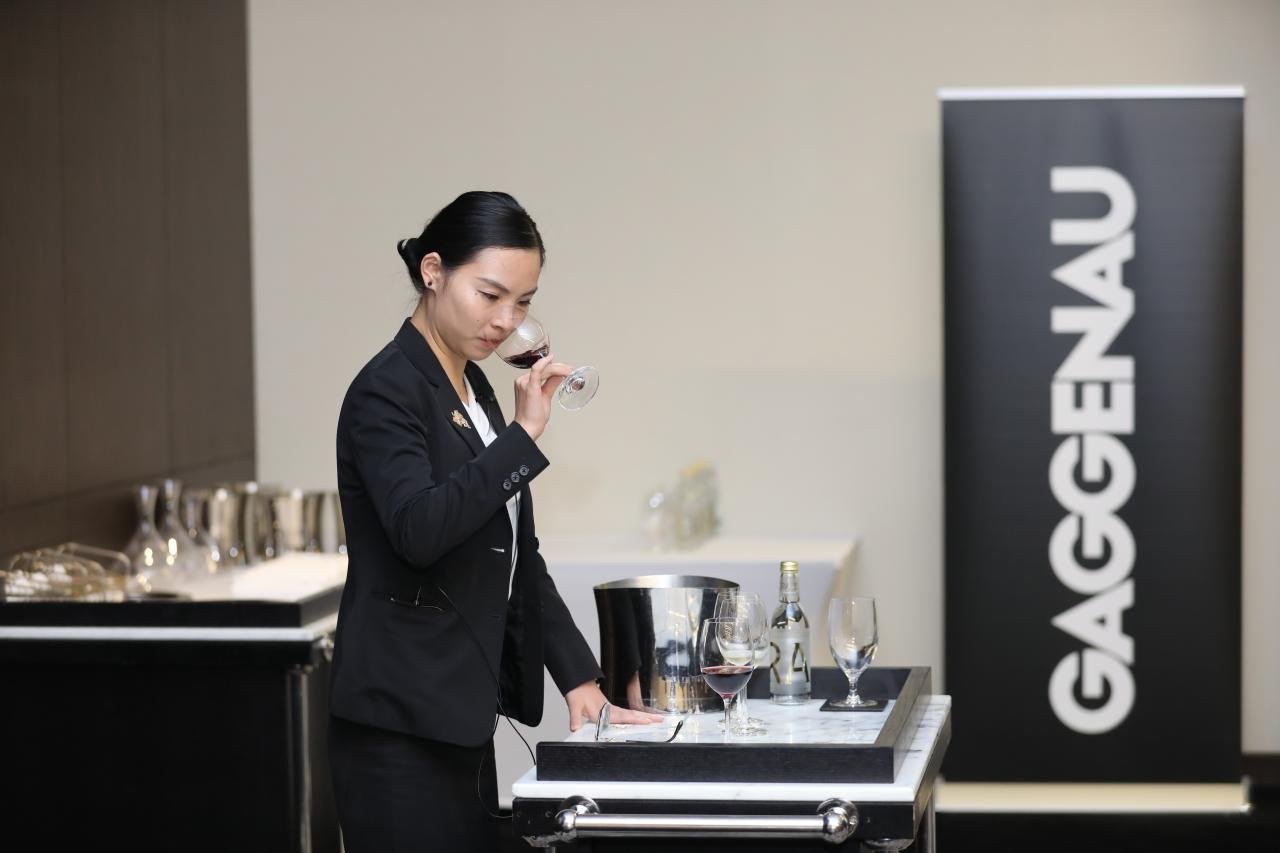 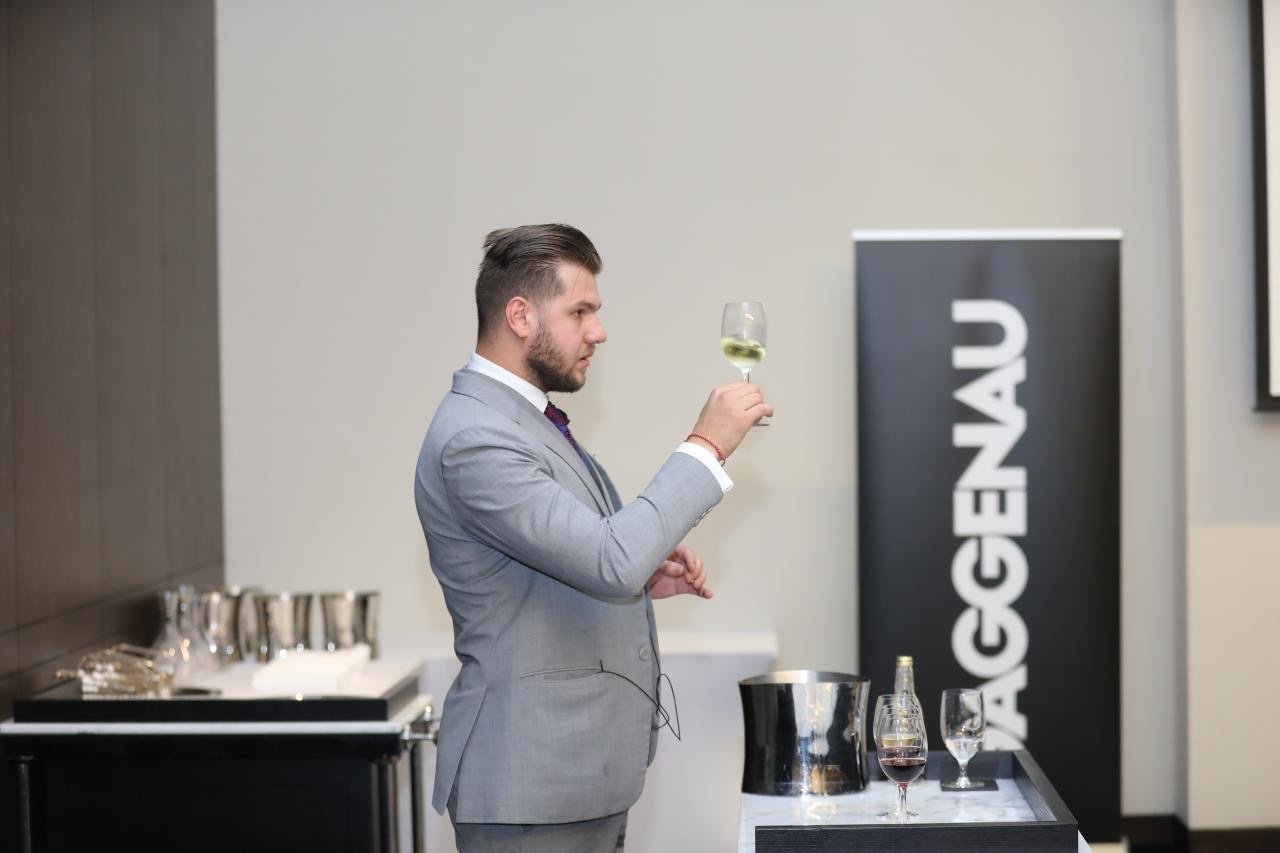 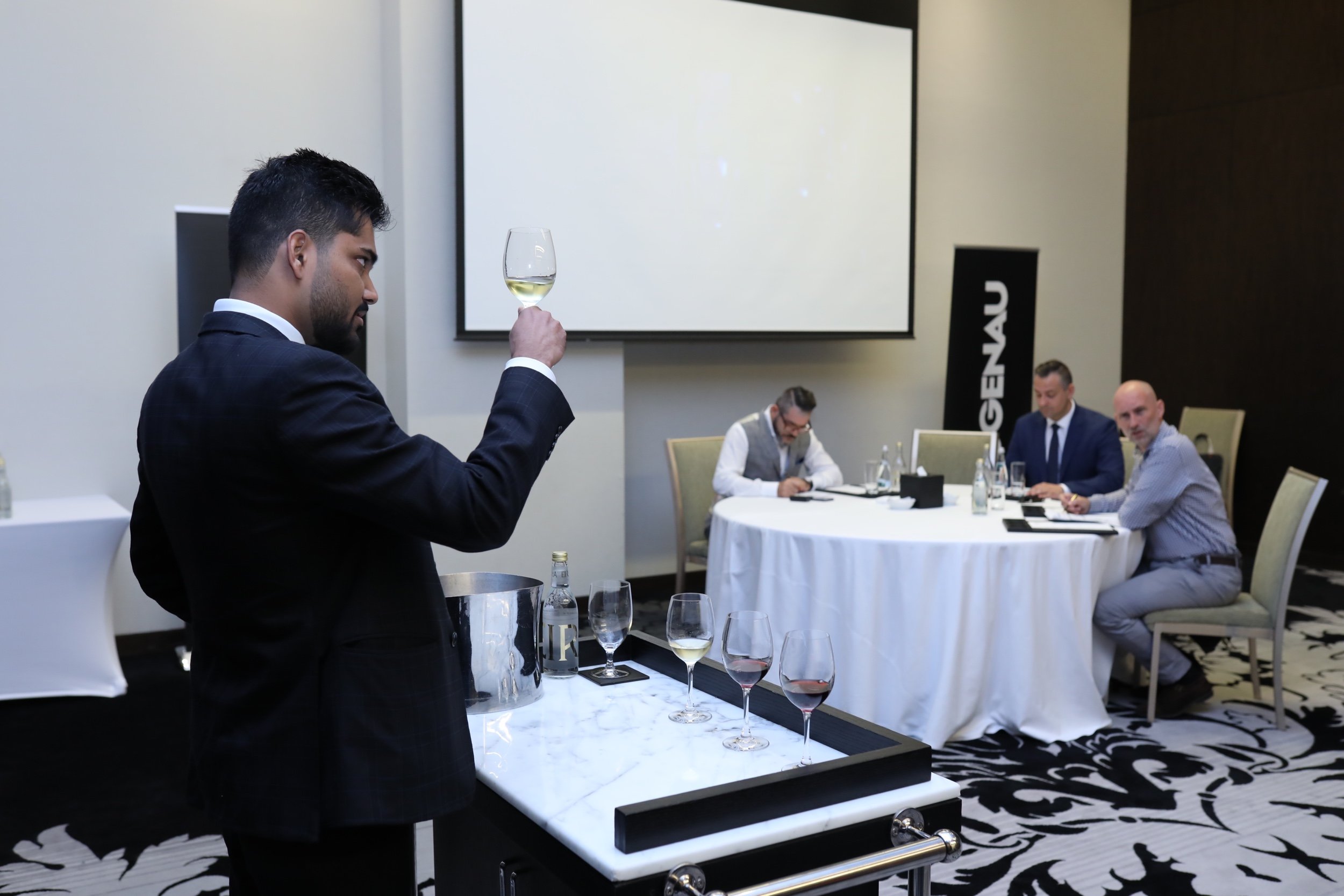 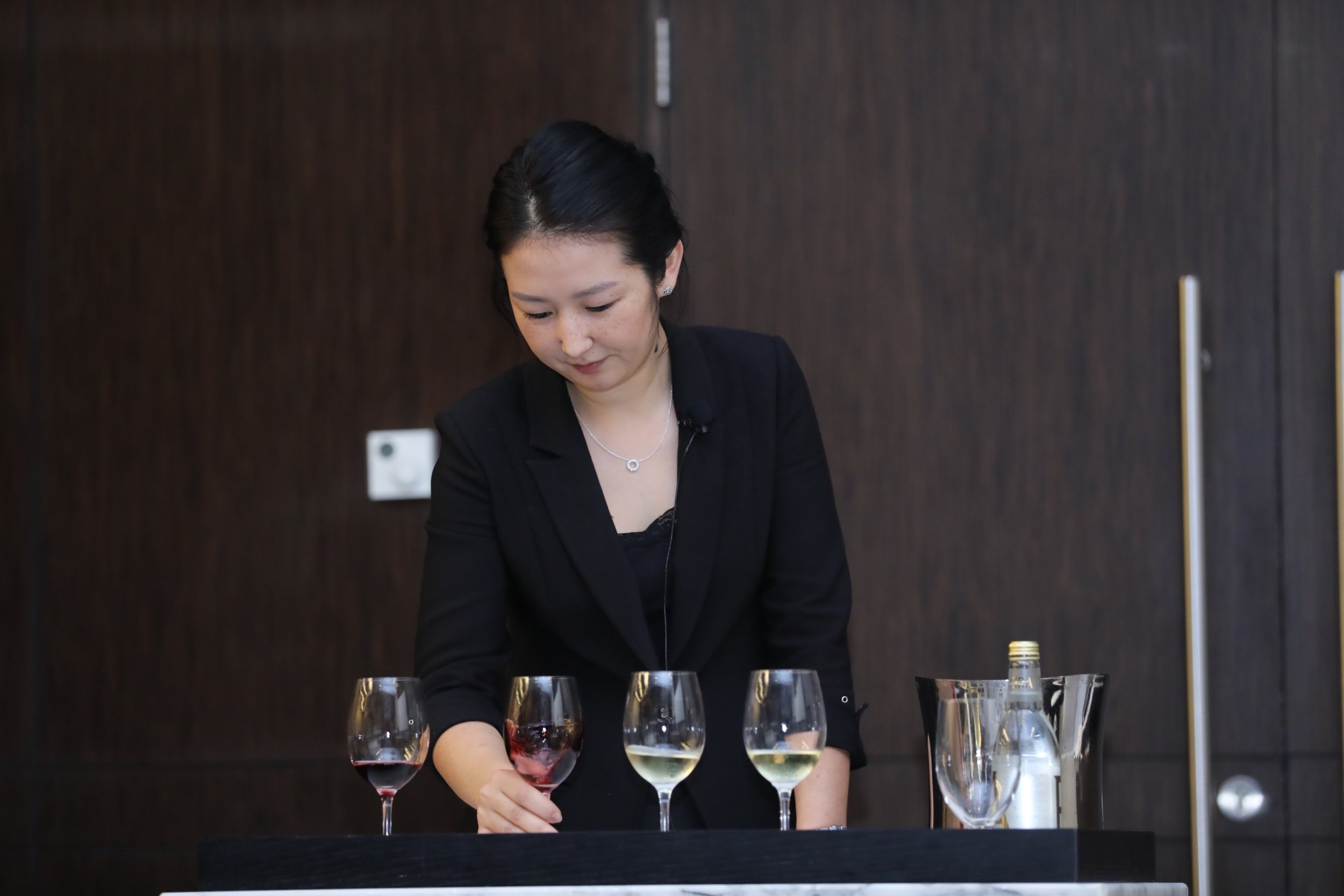 I have to mention that all the stages of the competition were very hard, as it should be, and by the outcome, we as jury were very surprised by the talent of all sommeliers. Each stage had always-different winners, which indicates that the battle was not easy for any one. As for any competition, there is always one winner, and the title for the Gaggenau Sommeliers Awards 2019 went to Mircea from the Burj Al Arab. In my eyes, the winners were all of them, as those brilliant sommeliers had the gut to compete between each other. 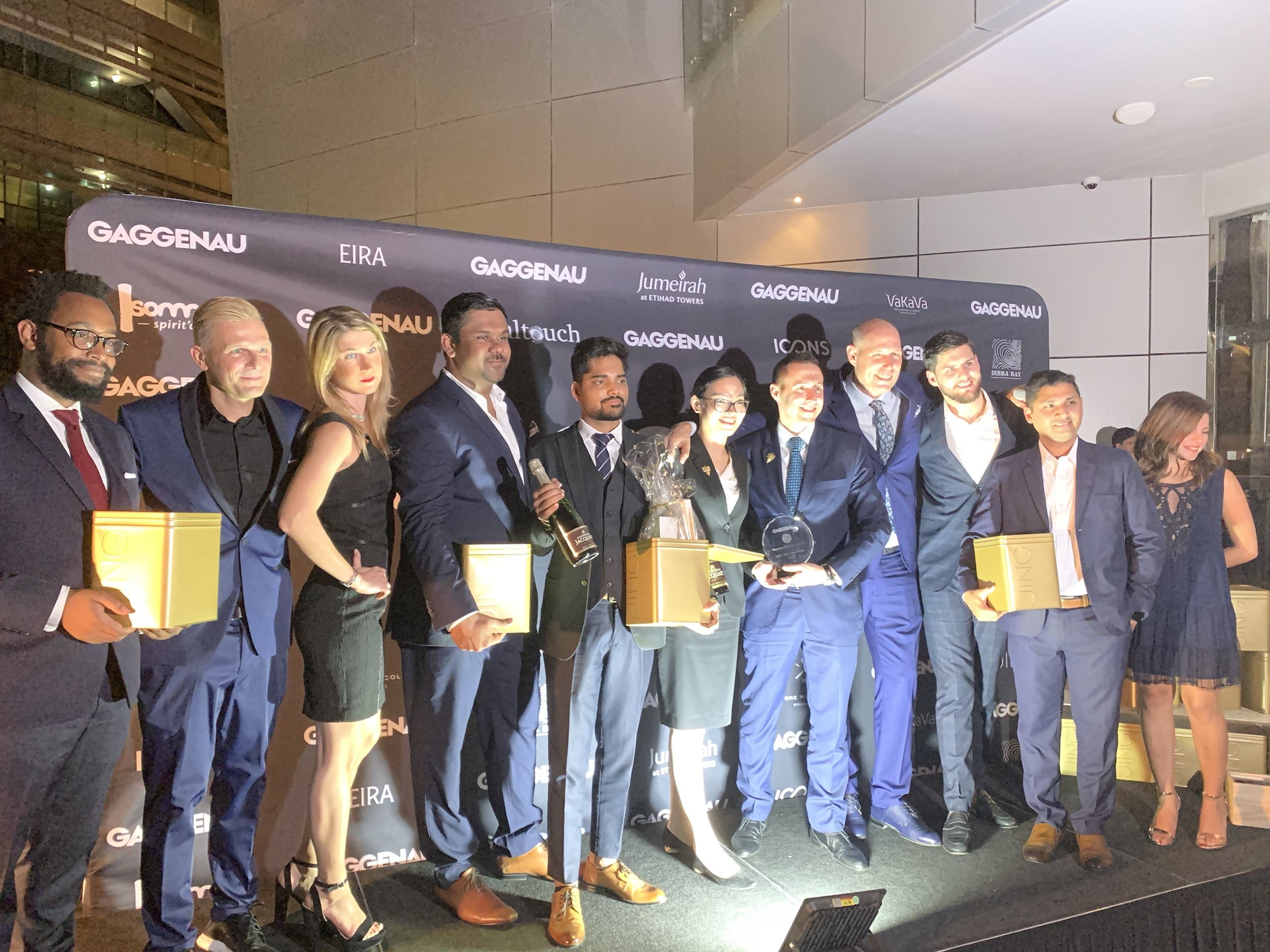 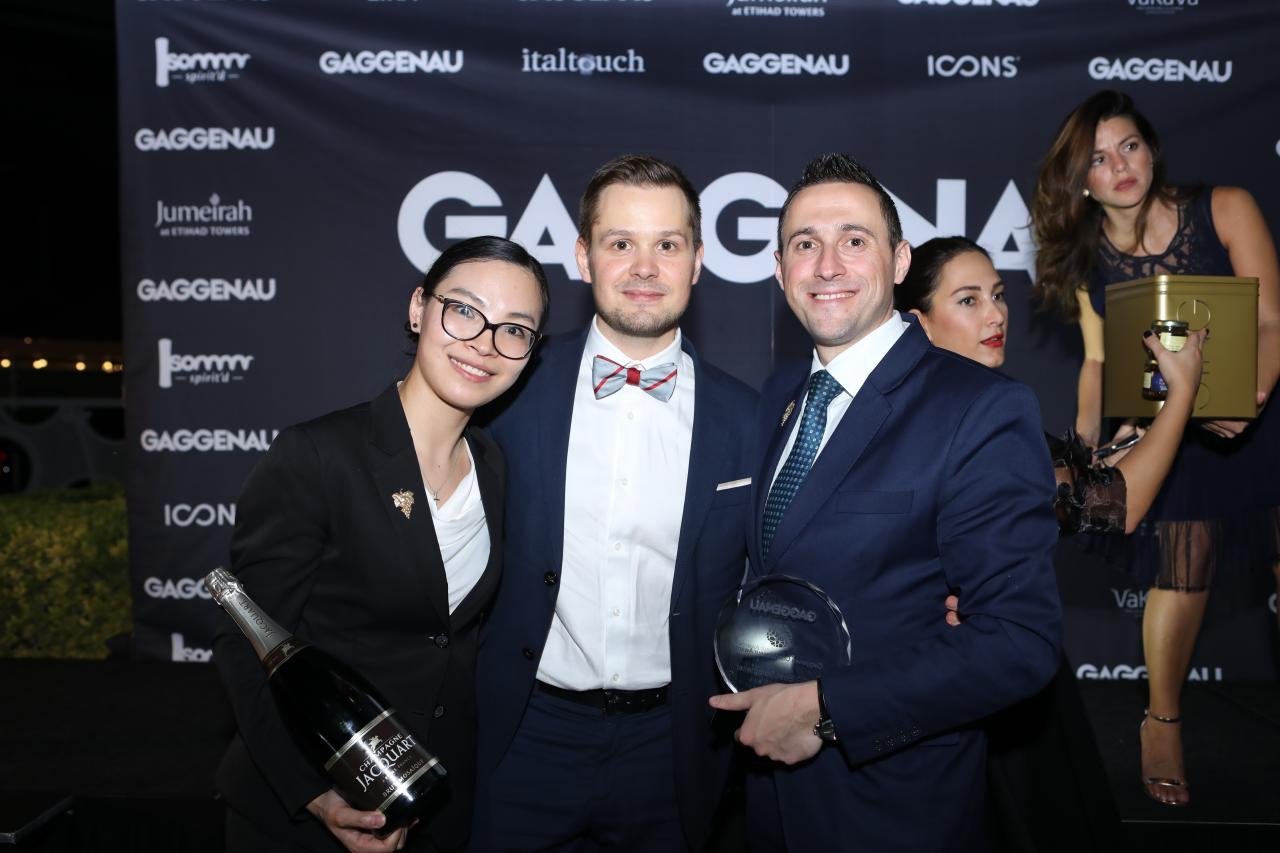 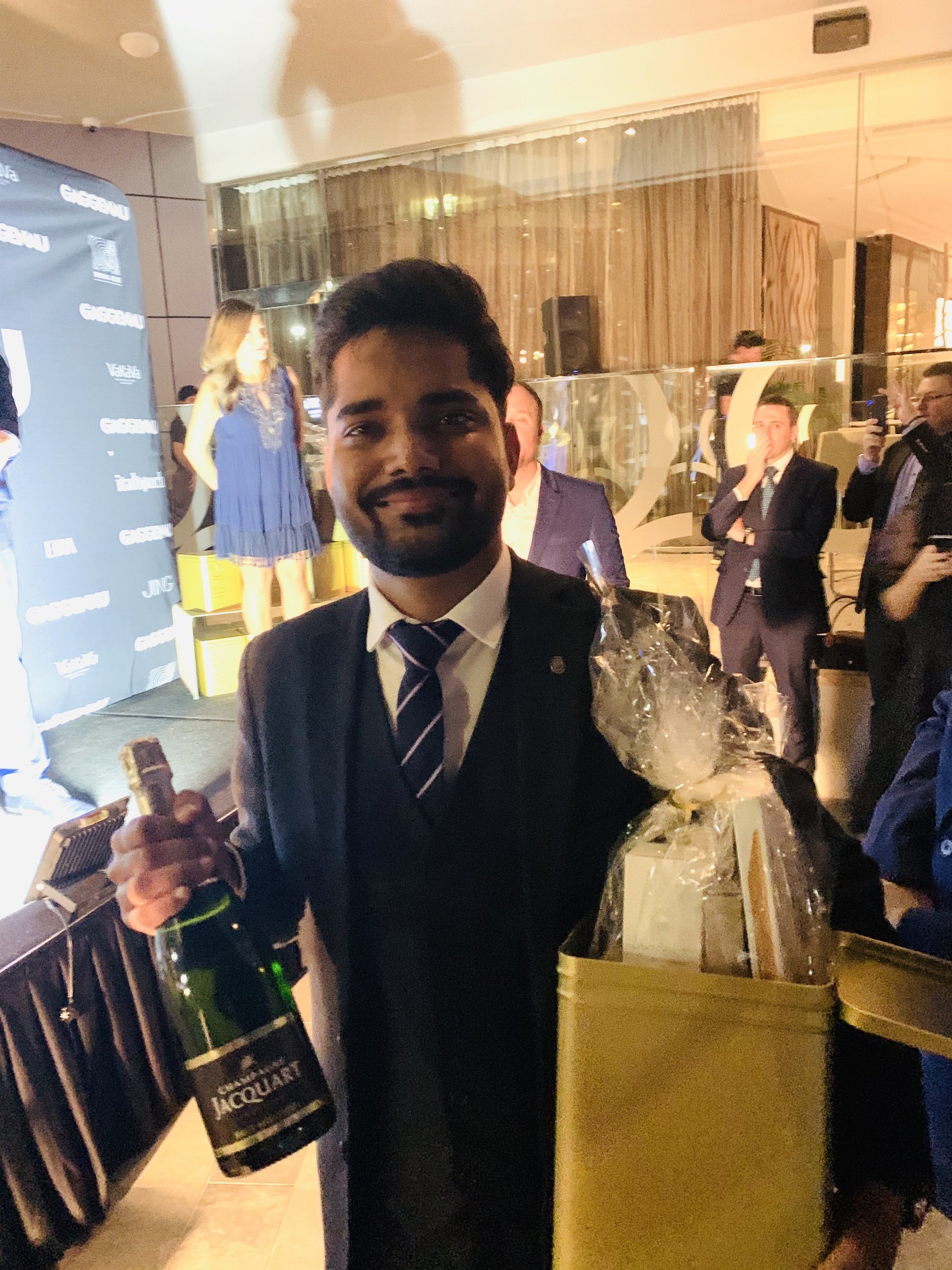 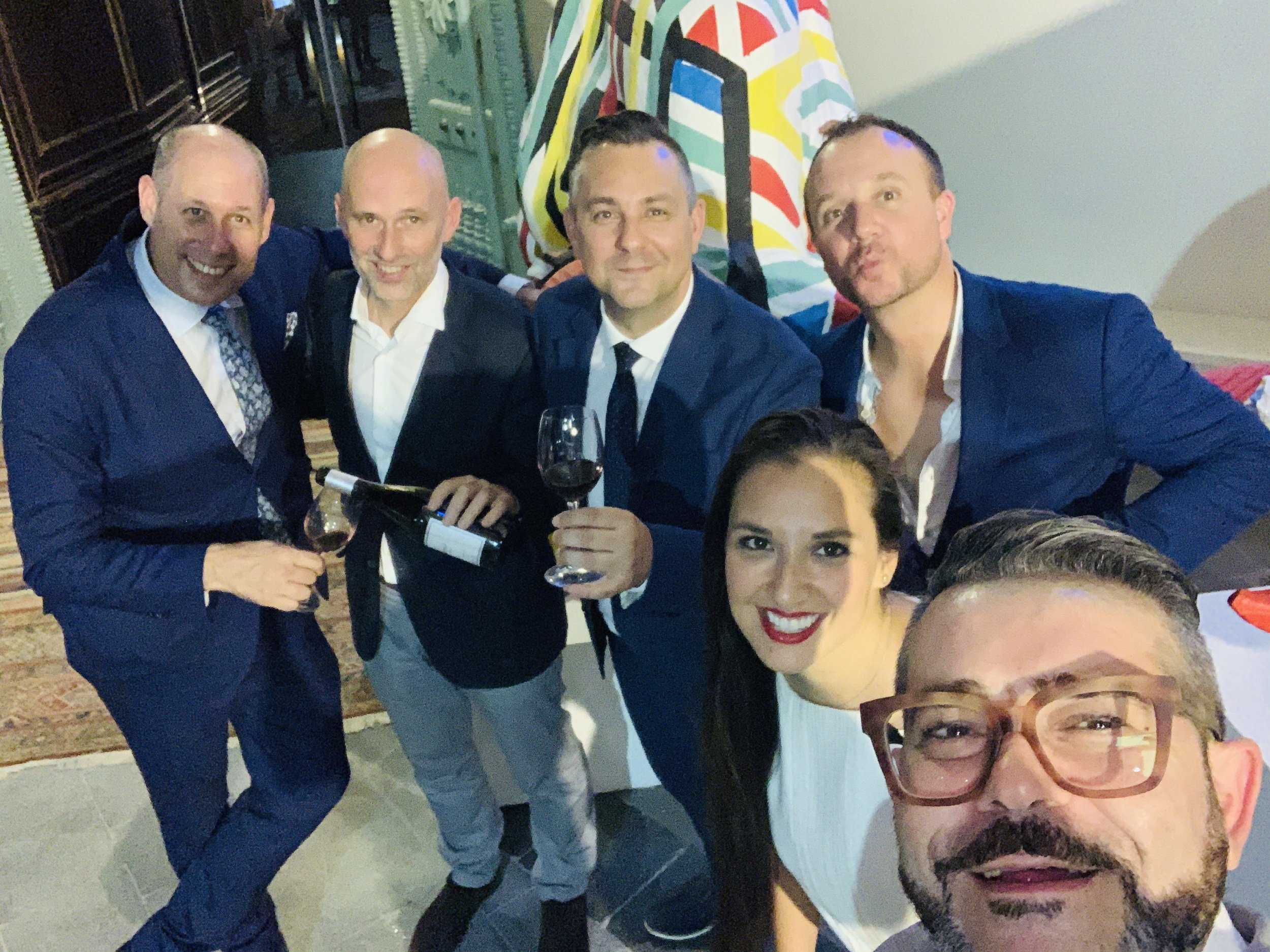 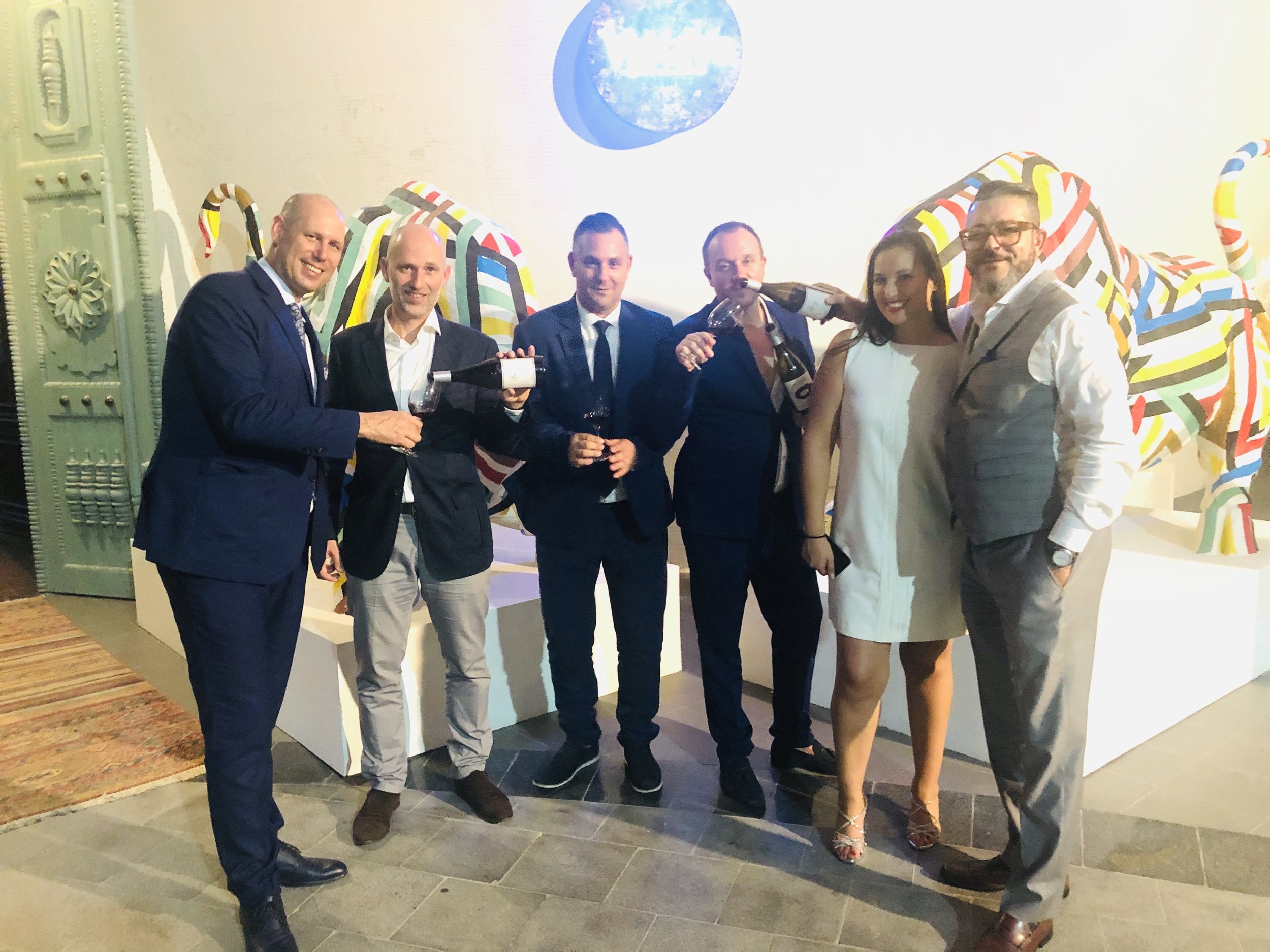