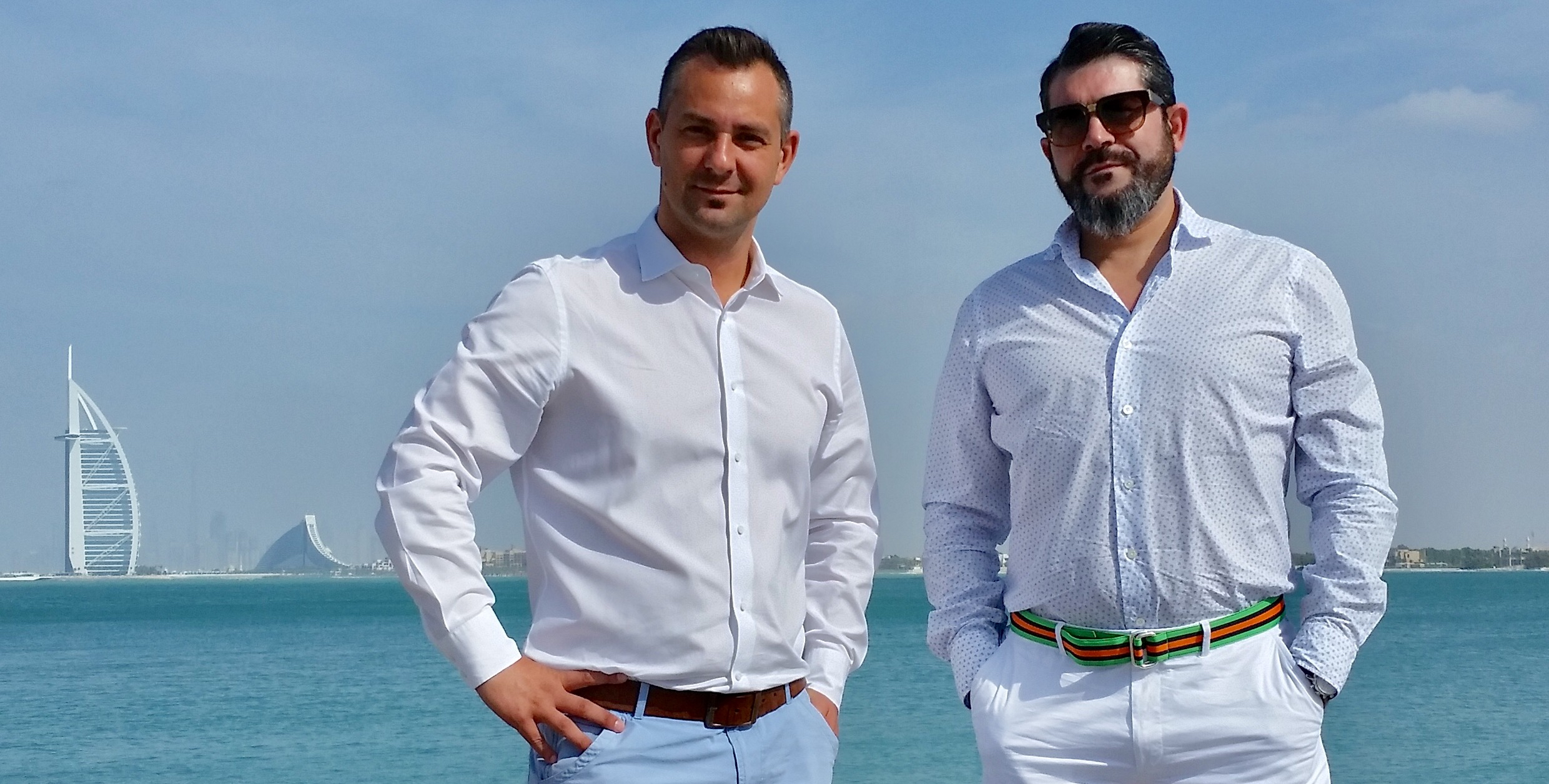 Concept developers and Managing Partners, Garth Beer and Luca Gagliardi have dedicated their life in pursuit of wine excellence. Wine education and development are key factors along their journey, from visiting and getting dirty in the vineyards and cellars with winemakers around the world, to sharpening their sales and service skills on the dining rooms of Dubai’s top venues. Garth and Luca first met in 2007 and have since shared a joint vision and dream of taking the Dubai Wine and Hospitality Industry in a new direction, a direction that is fun, informative and relaxed, while setting a high standard in service delivery. …Tasted And Rated is that vision and dream! 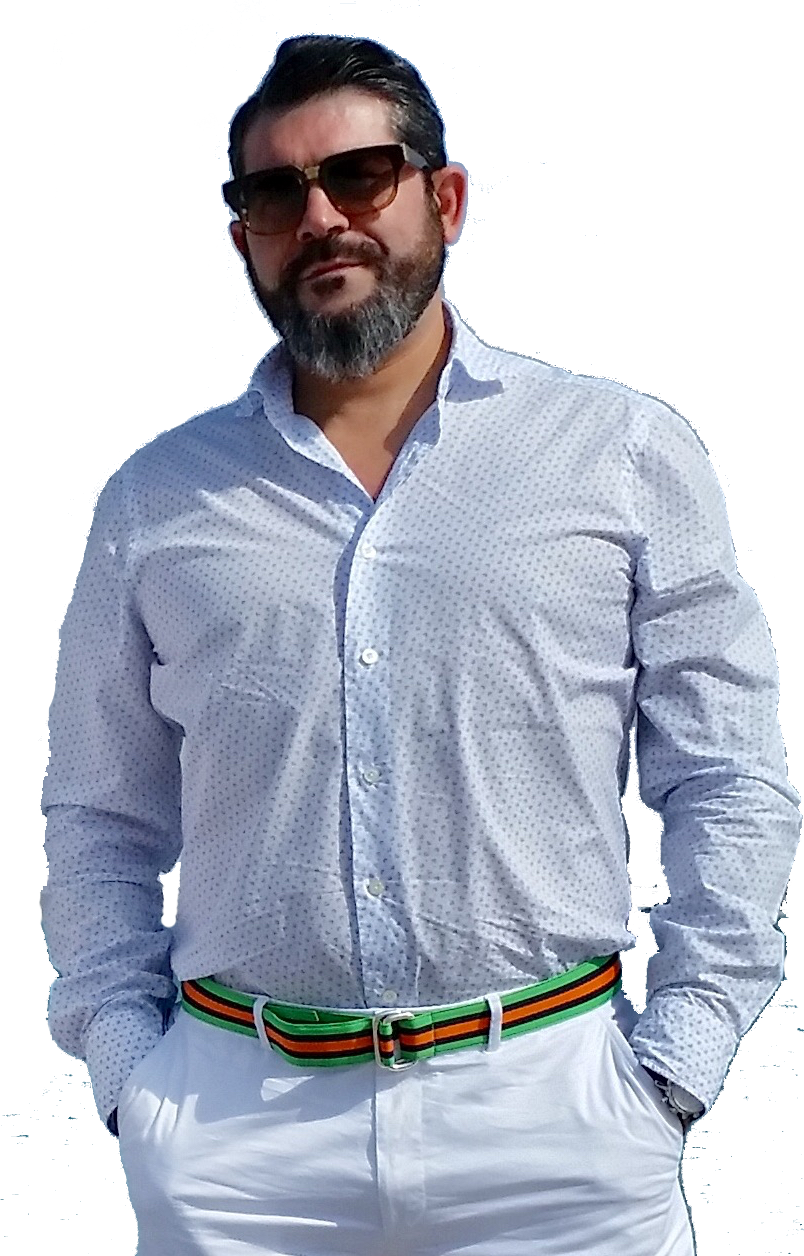 With a wealth of food and beverage experience spanning an impressive thirty year career, Simone Luca Gagliardi takes the front of house helm at R Trader as general manager. Simone, or Luca as he is referred to by those who know him, and that’s most people in Dubai, is a Sommelier by passion and restaurant visionary with Michelin star ambitions. Growing up with traditional values of what it is to deliver hospitality excellence makes Luca a rare breed in the Dubai food and beverage scene. The Southern Italian native has an extensive knowledge of food, beverage, service, and what it is to be the perfect host and is unrepentant in his determination to instil the same values upon each and every member of his team. Luca first discovered his passion for hospitality while finishing hospitality & sommelier school, a career choice heavily influenced by his winemaker father. It was during this time at a summer destination hotel that the young sommelier instantly fell in love with traditional service and the hotelier industry.

Rather than just climbing the ranks as a knowledgeable sommelier, Luca was equally ambitious to train in the restaurant sector, as his hunger to deliver impeccable all round service grew. His ambitious nature took Luca to England, where he not only learnt crucial lessons in English, but also in British hospitality etiquette. While such service craftsmanship may be dying out generally, to Luca it is still paramount for succeeding in the restaurant industry. His love of fine wine encouraged him to begin further understanding world wines, and when the opportunity arose to relocate to Australia, Luca was thrilled to accept. As one of the top emerging markets for world wines at the time, it was the perfect opportunity for the curious sommelier to enrich his knowledge further. Upon his departure from Australia, Luca worked for a string of Michelin star restaurants and five star hotels. From working under Conrad Gallagher at Peacock Alley, Dublin, to a spell on the QEII cruise ship, to the then one Michelin star Marco Pierre White’s esteemed L’escargot and Quo Vadis restaurants in London, he built a critical knowledge base on international culinary techniques and world cuisine. Then in 2002, Luca made the move to Claridges, under the watchful eye of Gordon Ramsay. Ramsay, who Luca still cites as one of his greatest mentors, then moved him to The Connaught hotel as cheese master and head waiter at the one Michelin star Angela Hartnett restaurant. After proving his dedication, ambition and determination here, Luca was relocated with Ramsay to Dubai where he took the esteemed position as head sommelier alongside assistant restaurant manager at Ramsay’s first Middle Eastern restaurant in 2003. He was shortly promoted to restaurant director alongside his head sommelier position.

After a string of successful moves with Gordon Ramsay, Luca left to pursue a restaurant directorial and head sommelier position at the world famous Ossiano restaurant at The Atlantis hotel, under the mentorship of three Michelin star chef Santi Santamaria. But around the time of the sudden death of Santamaria in Singapore, Luca found his own passion for fine dining dying, and subsequently left the industry to pursue new ventures. This led Luca into a new world full of creativity, discovery and concept development and he set his sights on elevating the concept of the lounge from a temporary space, to its own destination. The birth of Roberto’s lounge, now an iconic staple on the Dubai lounge scene, can be credited almost in its entirety to Luca. He can also add Iris lounge and Solo Bistronomia & Vino Bar , the first wine bar and lounge in Dubai to his ever-impressive list of success stories. This saw Luca reignite his passion for wine inside of concept creation, and when 4-front, the company behind R Trader, approached Luca with the idea, he simply couldn’t refuse. Leading the creation of a new concept entirely that combined all of Luca’s greatest passions as well as challenging him with pastures new, seemed too good an opportunity to forego. He is now at the creative helm of a deformalized fine dining restaurant, live jazz lounge and soon to open Dubai’s first and only authentic speakeasy bar. Luca is passionate about many things but world wine, world class service and his family are the three things he credits as the most important things in life. 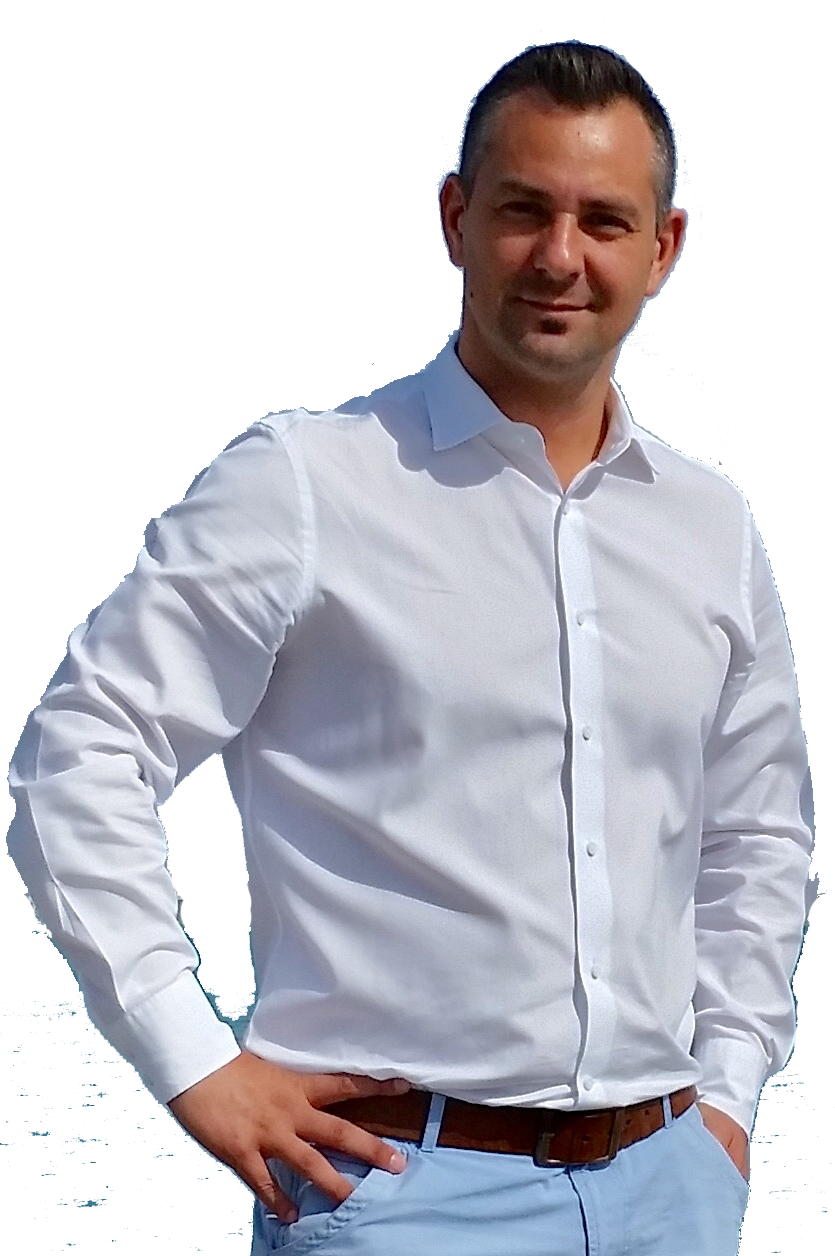 Garth’s first taste of Hospitality was when his family and grandparents moved from Cape Town to a small fishing village on the southernmost tip of Africa, called Cape Agulhas, to open the town’s only restaurant, The Caravel…he was 4 years old!
The restaurant ran for a few years and then the family decided to pack up and move back to the city, a decision young Garth was not too happy about – he missed the sand castles and rock pool fishing.

The family had many friends back in the city that owned and ran small restaurants from coffee cafés to steak houses to plate breaking Greek Taverns, where the influences of these charismatic, showmen and women captivated his attention.
Garth’s first real restaurant job came about due to his parents stopping his weekly pocket money allowance at the age of 14, he worked weekends, public holidays and school holidays and when he wasn’t working, he was surfing.
The bug bit hard and over the years Garth started moving his way up in the restaurant business. The true turning point came about in 2000 at the age of 18 when he moved to work for famed Cape Town restaurateurs, Peter Weetman, Tammy Botbyl, Rudi Minaar and Hugh van Zaan, at their ocean front restaurant, Bertha’s. It was at Bertha’s that Garths passion for wine was ignited and he did his first vintage harvest with Warwick Wine Estate. During this time Garth attended his first certificate wine training with the Cape Wine Academy, passing his Introduction and Intermediate certificates.

From Seafood Fine Dining Bertha’s he joined High-end Casual Restaurant, Cape to Cuba, moving from the restaurant floor to behind the bar, over the next 3 years Garth was responsible for the wine list, cigar menu and staff training. A second vintage harvest with Cape Point Vineyards completed his time with Cape to Cuba.

In 2003, Starwood Hotels was the first International 5star group to open in Cape Town, Garth was interviewed and selected to join the pre-opening team in the Beverage Department as Assistant Head Bartender for Banquets and Louis B’s Cocktail Bar, and Cigar Lounge Supervisor for Raleigh’s Cigar Bar. It was at The Westin Grand that he met famed wine entrepreneur, wine maker and Platter Wine Guide Panel Judge, Jabulani Ntshangase. Jabulani pushed Garth on his wine studies and eventually led him to leave The Westin Grand Hotel and join his specialist wine merchant company, Waterfront World of Wine and The Palms Fine Wine Shop. It was while managing The Palms Fine Wine Shop that Garth had his first wine experience out of South Africa…he saved up his pay and bought a bottle of Marchesi Antinori, Tignanello, Vintage 1991.
That EUREKA! moment sent Garth on to his next wine certificate with the Cape Wine Academy, Wine of The World.

Garth Started missing the rush of the restaurant and bar world and decided it was time to head back to crazy long shifts and no weekends, Jabulani recommended that he go speak with famed Cape Town Wine Critic, Brandy Association Chairman, Chef and restaurateur, Peter Veldsman. Garth Joined Emily’s in 2004 as Sommelier and Head Bartender, his first official Sommelier position. Peter’s love of wine and the history of his famed restaurant Emily’s opened Garth’s wine world even more, with a number of German and Austrian wines on the wine list, a rarity for the time due to high import taxes.
While at Emily’s, Garth’s 3rd vintage harvest came along with Hartenberg Wine Estate.
In May 2006, Garth joined renowned Cape Town Chef, Bruce Robertson, in opening his first restaurant, theshowroom as Assistant Manager and Sommelier. For the next year Garth was responsible for the beverage program at the restaurant under Chef Bruce’s watchful eye.
An opportunity to move to Hong Kong came up in September 2007 with a friend of the family wanting to open a new restaurant – unfortunately after just a few months the project was cancelled due to finances and Garth was on his way back to Cape Town!
In December 2007 a phone call from Dubai presented a wonderful opportunity for Garth to join WAFI Hospitality as Group Sommelier and on Boxing Day, the day after Christmas he stepped onto the aeroplane to Dubai.

In June 2008 Garth joined Luca Gagliardi in VERRE by Gordon Ramsay as Assistant Head Sommelier and for the next 2 years they (despite the heavy recession in Dubai and globally) increased the wine sales, increased the guest average spend and increased the overall revenue of the restaurant, not to mention earnt numerous awards on the local and international dining scene.

In 2010 it was time for Garth to spread his wings again and he joined the prestigious members only, Capital Club DIFC as Head Sommelier. For the next 12 months Garth focused on increasing the overall beverage department of the club, increased the wine selection and conducted numerous masterclass sessions for both staff and members alike, while at the club the beverage department saw an increase in revenue by 34%, a reduction of costs and an increase in overall profits.

From there Garth was head hunted to join Dubai home grown Japanese Restaurant & Lounge, OKKU, where he spent the next 2 years overhauling the wine and sake offering to match with the best in Dubai, having many exclusive listings and starting the “biodynamic/organic” wine/sake trend that is now firmly established in Dubai.
While at OKKU, Garth was nominated and won the Caterer Magazine Award, ‘Sommelier of the Year 2012’. Further responsibilities for the Whissle Group included wine development and training for RIVA Beach Club, CLAW BBQ and Casa de Tapas.

In January 2013 Garth left OKKU to co-develop and project manage ATELIER M, in Pier 7 Dubai Marina, a 23000sqft, 3 levels, 130+ Staff, AED30Million project…one of the biggest projects ever attempted in UAE – Garth successfully completed all pre-opening responsibilities and handed over to the General Manager in October 2013.
The next 3 years have seen Garth enter the realm of F&B Project Management where he has worked with Bulldozer Hospitality on TOKO and SASS Café beverage programs and for 2 years with Gates Hospitality as Project Manager for new concepts, business development and group beverage manager – Gates own and operate the following; Reform Social & Grill, The Black Lion, Bistro des Arts, Folly by Nick&Scott and Publique.